While the G3 is a Solid Phone, The Flex 2 Looks Towards the Future

Because of all the interest in the LG G3 in 2014, reviewers have deservedly high expectations for the LG G Flex 2. They will not be disappointed. While many of the features of the LG G3 are functionally the same in the G Flex 2, the differences are glaring. 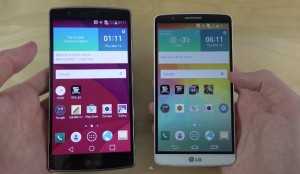 Casing. Both phones are curved phones with similar designs. What makes the G Flex 2 the winner in this case, however, is its self-healing skin: minor scuffs and scratches will self-repair.

Processor Speed and Storage. While the G3 has a 2.5GHz Quad-Core processor, the 2.0GHz Octa-Core processor of the G Flex 2 means that overall processing is considerably faster on the younger phone. Further, the G Flex 2 takes advantage of Android 5.0’s processor handling, making it a far more efficient phone to operate. The potential for storage on both phones is simply incomparable. The G3 can accept up to 128GB of storage. The G Flex 2 can store a whopping 2TB of memory. 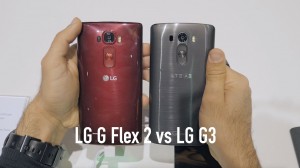 Display and Camera. The G3 has a slight edge here with a QHD 543ppi LCD screen, whereas the G Flex 2 has a full HD, 403ppi display. It’s difficult to argue how much of an advantage this really is. Both phones have nearly identical cameras (13-megapixel laser autofocus, dual-LED) and can be considered equals here.

Verdict: In terms of the display or camera, there’s little to justify an upgrade. However, the storage, processing power, self-healing skin and advanced features give the G Flex 2 a real advantage over the G3 that make it worth consideration.