A recent study by NPD suggests the growth of Android’s dominance in the U.S. market, while Motorola’s influence as an Android customer has been decreasing. 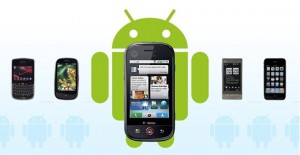 rel=“nofollow”>According to this study the sales of Android devices grabs 52% of all smartphone sales during the second quarter of 2011. iPhone holds the second place with 29% share, leaving BlackBerry OS to get 11% market share. Windows Phone 7, Windows Mobile and HP’s WebOS are trailing far behind with only 5% share.

rel=“nofollow”>This study also points out the waning of Motorola Mobility in the Android segment. Its share has dropped from 44% in the second quarter of 2010 to 22% in the second quarter of 2011. The other players like LG and Samsung have picked up significant gains. Motorola’s share dipped from 15 percent to 12 percent in the smartphone market too.