Bump is one of the wireless data sharing software available in the market. With the advancement of technology, the developers of Bump have created a cutting-edge Android app, which allows users to directly transfer photos from their Android mobile to PCs without any external cables. 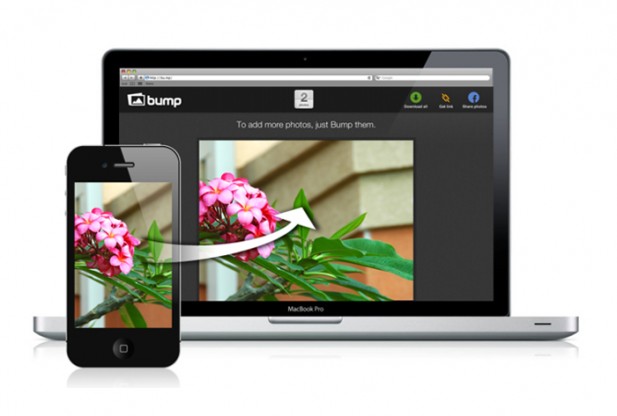 The previous version of the Bump Android app helped users transfer contacts, photos etc among the devices which had Bump. Users were required to bump or just tap two Android devices that had Bump installed on them to move data between them.

The functionality of Bump has been extended in the recent version. Users just have to open up the http://bu.mp website on their PC. Then they need to open the Bump Android app and select the photos they wish to transfer. Then they must tap their phone against the space bar of their PC’s keyboard to transfer the contents.

According to Bump CEO Dave Lieb, one of the biggest complaints of people is that they find it hard to get photos off their phone and onto their computer. He wrote on a blog post, “Syncing is complicated and often requires a cable you just can’t find, and people are fed up with emailing their own photos to themselves. Users would often jokingly tell us, “Bump is great; if only my computer could Bump too!” So we built it.”