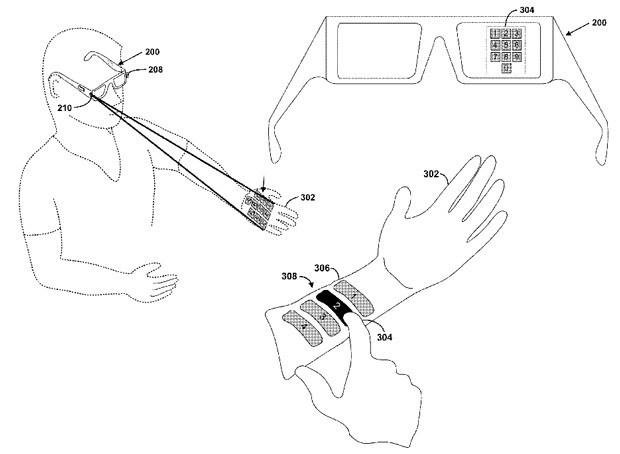 As far as we know so far Google Glass is capable of projecting the images on the human eyes directly. While asked about its uses,

the Glass project leader Babak Parvis said that is would be used as “a device that would allow for pictorial communications, to allow people to connect to others with images and video,” he also added to that Google is experimenting different ways of how a user can interact with the device. He said that, “feature set for the device is not set yet” and “is still in flux,” and that Google has “experimented a lot with using voice commands” and “with some hand gestures.” And regarding the business model of the Glass he said, it is “still being worked on,” and currently there is no plans to display ads via Glass “at the moment”.