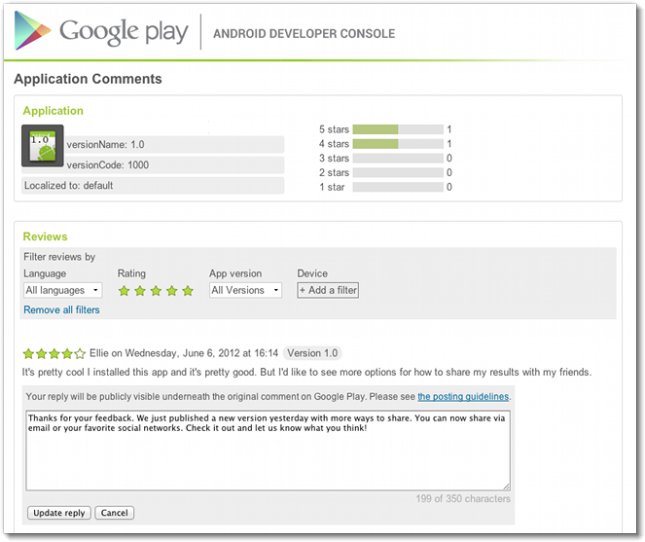 Now Google has opened doors for the Android Developers to interact with their app users by allowing them to respond to user reviews. Initially this facility has be available for the top developers alone, and after seeing the feedback it might be extended to other developers in future.

“conversations are meant to be two-sided, and facilitating discussion between developers and users will ultimately yield better apps, to the benefit of everyone.”

We hope this will bring up better apps in the Play Store.