Google Still Collects Your Photos if You Delete The Android App

Potential Privacy Invasion — or Just Part of How Android Works?

When David Arnott of BizJournals.com decided to test out the new Google Photos app as an alternative to Flickr, he got a bit more than he bargained for. After taking countless pics with the phone, he deleted the Google Photos App, under the assumption that his photos had deleted as well. A few weeks having passed, Mr. Arnott decided to see if there were improvements to the phone app. What he discovered was that his hundreds of photos were once again available on the app, and realized his sync was on. Turning off his sync, he deleted the extra pictures, and contacted Google to understand why Google saved his photos. 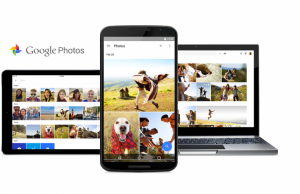 Google’s response was understandably terse, noting that the software worked precisely as intended. Android, as most users are aware, requires a Google account for many of its features, and defaults to syncing for those many features. A second response from Google was more apologetic, indicating that they would change their wording.

The real question is why this is an issue at all: Google syncs apps, pics, music, documents, and more across devices and programs. This is something of Google’s modus operandi for at least the past few years or so– it’s the basis of Google Documents, the Play Store, and more– so while it may have been an embarrassing realization for the user that their pictures had been saved, this is in fact how Google operates with all of its data, allowing the user to shut off the feature as needed.

Verdict: While it looks like a potential privacy problem on the surface, the revelation of Google storing Android device photos is more a public realization of how Android works than a flaw. It’s easy to change in Android settings even without the Photos App.