Will Begin Using Quality Standards Before Allowing Onto Google Play

Google has begun what many developers were hoping would eventually happen. Last month Google announced that it had begun to use an internal rating system before allowing apps on the Google Play store. While not as extreme as the Apple store (which uses a very stringent quality rating system), the Google Play Store had always been largely unpoliced, with apps left alone so long as they adhered to the developer guidelines generally. Effectively it became incumbent on reports to Google to notice potentially harmful software or software that frankly didn’t work as advertised… if at all. 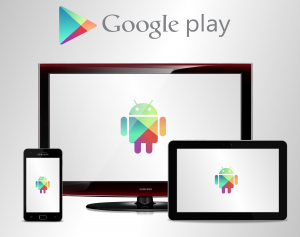 While news of the announcement, published on Phandroid.com, came down like a ton of bricks throughout the Android developer world, Google further surprised its readers by indicating that they had already secretly been running their own developer checking process along the lines of those announced for a number of months already, and that in fact they have been using high-speed algorithmic software to check software before it made it onto the Play store. The software worked quickly enough that an approval process that took minutes in fact only took a few hours for new apps to easily be checked and approved for use on Google Play.

That said, many developers are already expressing satisfaction due to the fact that rejected apps for Google Play will be given a clear reason by Google as to why they were removed (usually due to faulty programming, not Apple-like rules such as “duplicate function”) so that developers can go back and fix their mistakes. By making quality guidelines clearer, Google is effectively raising the bar to app quality on the Google Play Store. 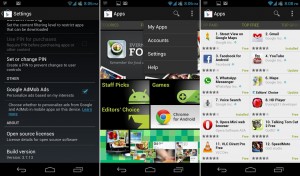 Verdict: While many preferred the free-wheeling approach of the old Play Store, these new guidelines were long overdue. By improving at least quality standards that can help ensure security, Google has improved its ecosystem substantially with a single move.