Lollipop’s Arrived, So Why is No One Using It?

Android 5.0, codenamed Lollipop, promised a radical change in the Android ecosystem. Since the month into its official release, the mobile OS has garnered less than .1% of the Android market. By way of comparison, Android 4.1, Jellybean, had been adopted by 1.1% of the user base after its first month, and currently holds the largest share of the Android user base, with Android 4.4 (named “KitKat”) holding a close second. Google’s own statistics unfortunately confirm this fact, with even Android 2.2 currently being four times more widely used than Android 5.0. So why is the latest version of Android suffering from adoption problems? 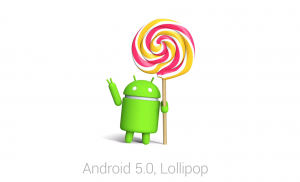 There’s no shortage of reasons as to why this is occurring. The first potential culprit is Google’s radical new Material Design environment. Representing a radical departure which– in theory–will help unify and solidify a diverse Android environment while providing for considerably more consistency between different Apps in the Android ecosystem, Material Design represents another hurdle app developers (and this includes phone manufacturers like Samsung, who package their own proprietary apps with their devices) will have to jump in order to keep their apps current in the Android environment.

An added complicating factor might be the volleys of complaints from Google Nexus 7 users after early releases of Lollipop made their devices unusable. After installing Lollipop, the update has caused a wide variety of problems from endless reboots to slowing down the device substantially. While Google has issued two service updates for Lollipop, this has not fixed the problem for many users. Considering the fact that the OS hasn’t been widely released, this may represent significant issues with functionality on more devices than previously assumed. As the Google devices are the only ones that get reliably upgraded through OTA updates, they represent an important community to keep happy for Android developers.

Finally, another factor to consider in is the nature of Android’s operating system versus the interest of manufacturers. Android, as an operating system that has upgrades that can be upgraded by users for free, offers little incentive for manufacturers to provide those upgrades unless they are bundled with newer devices that can be sold to users. In short, phone makers are less interested in providing upgrades in software for free when their profit centres are based around hardware. Until there’s more hardware to show off what Android Lollipop can do, manufacturers will probably be somewhat aloof in dealing with the upgrade. 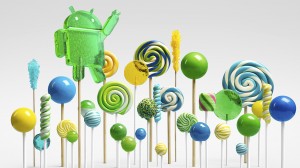 One thing that the failed launch of Lollipop has clearly shown is that upgrading the OS in the Android ecosystem has become too bureaucratic. It involves too many players with competing interests, making it difficult to provide needed upgrades to users. By contrast, Apple’s iOS system had a near 50% adoption rate in 29 days after the release of iOS 8. In the end, Google needs to accept the fact that Lollipop will see greater adoption with newer devices in general. The alternative possibility is that Lollipop, like other products that were panned by users, will be skipped in favour of the next release to come out of Mountain View.

1 Comment on Lollipop’s Arrived, So Why is No One Using It?