Motorola has recently announced that both RAZR and RAZR Maxx smartphones would get an Android 4.0 update very soon. To everyone’s surprise, Motorola has released a series of teaser videos that showcased the company’s new Android 4.0 skin. The videos highlighted the changes between the current Gingerbread version and the new Ice Cream Sandwich version. 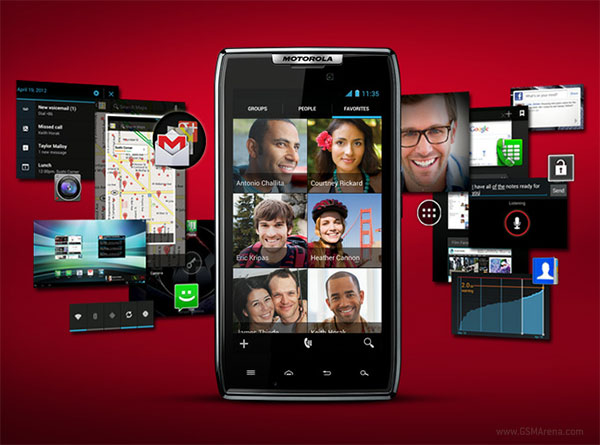 The lock screen has been upgraded in the new version where users can swipe to unlock the phone. Unlocking the smartphone takes the user to four different options like the camera, text messaging, dialler and the home screen. The interface has been greatly improved in the new version.

The camera app is same as the gingerbread’s version but has some extra features. Users can take time lapse photos from intervals ranging from one second to ten seconds between shots. The other feature lets videos to take snapshots while filming.

Users can also access music control from the lock screen. They no more need to unlock the screen to enter into the player to play, pause or skip tracks.

Other changes include the addition of Webtop 3.0 application, which allows users to run apps and a complete Web browser on their TV through a high-definition multimedia interface connection to the phone. Users can also download various social networking apps like Facebook, Twitter, LinkedIn etc on their Android 4.0 phone.

Motorola is expected to roll out its updates in the coming weeks.