Skype for Android Gets an Update

The Android mobile version of the most popular Voice over Internet Protocol (VoIP) app, Skype has been updated to a new version in Google Play. The latest version comes with some exciting new features and improvements and some bugs have been fixed. 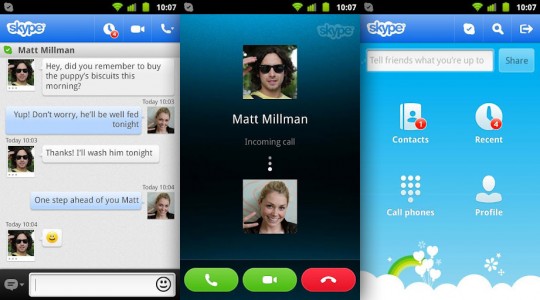 The updated version 2.8.0.920 of Skype has brought out interesting enhancements in the functionality of the app. The most notable change in the app is the improved start-up time. The updated app now opens much faster than ever before. The video quality for video chat has been refined and users can now send photos and videos to their contacts.

Skype for Android is available for free and it can be downloaded from the Google Play store.