PGPTools: An Easy Solution to PGP Encryption and Keys Generation

Many people don’t bother encrypting their emails, SMS, Skype messages, etc., with their reason being that it entails further work. After all, time and effort would have to be invested in not only learning how encryption works, but also getting all the tools that you need. Would you be able to make the same excuses, though, once your precious information has been compromised?

The good thing is, apps have already been designed and created to make PGP (Pretty Good Privacy), which is one of the easiest and more user-friendly encryption programs that people can use nowadays, more accessible to the general public. From the lot of apps available in the Google App Store, PGPTools is definitely the one that stood out the most. 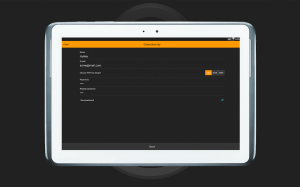 PGPTools has two main functions: the generation and importation of keys, as well as the encryption and decryption of messages. Many who have been regular users of PGP are probably aware of just how much of a hassle it is to look for third-party programs that generate PGP keys for you.

PGPTools erases this problem by incorporating its own key generator, which generates separate, unique keys for every message sent. This feature essentially serves as greater protection for your messages against hackers. As an added bonus, the length of the keys can be chosen as well. If you already have a private key and want to use it in your correspondence, PGPTools also allows you to import keys.

With just a single click, any form of digital message (email, Skype, SMS, ICQ, etc.) would be automatically encrypted and the public key is sent along with it. If you are the recipient, the app also lets you decrypt any incoming message. That is how simple and easy-to-use the app is.

The no-nonsense design of the app is very minimalistic, which only goes to show the importance that its developers placed on user-friendliness and convenience. Because of this, it certainly wouldn’t take long for any user to master the app. 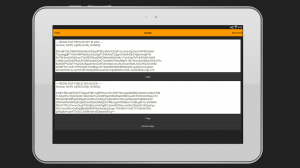 What definitely makes PGPTools different, and arguably more superior, to apps that also deal with PGP (Symantec PGP Viewer and PGP Mail, to name a few) is it pretty much has all the tools the user will ever need when utilizing PGP to generate keys and do end-to-end encryption and decryption of messages. The same can’t be said for the other apps mentioned, as they, more or less, only specialize in fulfilling one or two PGP functions; making PGPTools more “complete”, to say the least.

With that said, this is definitely one app that serious businesses and corporations should not hesitate to use, and, considering the rising cases of data and information theft nowadays, even by just about anyone who frequently relies on digital messaging to transmit important information.

Features of the App
Ease of Use
User Interface
Final Thoughts
Overall Score 4.5