A Bubble Shooter Game for the Holidays

Bubble Shooter is a gaming genre that simply never goes out of style. Thanks to its elegant mechanics and a very enticing gameplay, people continue to return to these types of games year after year. Now, the same genre transitioned very successfully to the domain of the mobile devices, and Bubble Shooter Christmas 2015 is a great addition to the family of Bubble Shooters. Using this game app, all the fans of this exciting gaming genre will be providing them with hours and hours of sheer, bubble-shooting fun and enjoyment. 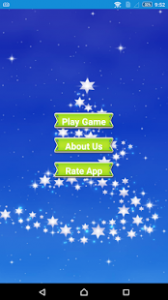 The app was designed by App Appa, a development company that obviously had a clear idea about what they wanted to achieve with this game. The game can be downloaded from the Google Play service and can be attained for free. To be played, it requires an Android operating system version 2.3 or a later one.

Any Bubble Shooter Christmas 2015 review must focus on its basic concept, which is a bubble shooter game mechanic, set in an interesting world of the winter holidays. In it, the players control a “cannon”, or in this case, a snowman that fires off bubbles of different types towards the top of the screen. Whenever three or more bubbles of the same type connect, they are cleared off the gaming screen, with the end purpose of clearing off all of the bubbles in the final row.

App Appa made the great decision to transport this game into the domain of the Christmas holidays, with all the recognizable elements that come with it. The review of the user interface and the commands also shows a very compact and effective solution that utilizes simple taps to control the player’s snowman. Aside from these, the app has other features. The game’s Christmas edition includes an incredible 101 levels, giving the players plenty of possibilities to explore this game. The feature of the interesting soundtrack and nice sound effects also provides players with a chance to really immerse them into the game. Finally, the feature of the casual lightheartedness of the overall game will make it easy for everyone to get into the Christmas spirit. 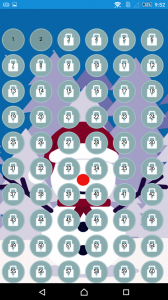 The thing which really separates Bubble Shooter Christmas 2015 from any similar games is the ease with which it provides its gameplay and features. When players begin to try it out, they will be immediately hooked to its nice graphics, a cheerful atmosphere, and simple commands. This combination makes the game unique and really appealing to both young and old. For all the players who like to enjoy a good bubble shooter game, Bubble Shooter Christmas 2015 has all they need, wrapped in a great Christmas holiday package.