Digging Deep: Tap The Blocks – An Game for Quick Minds and Quicker Fingers

Arcade games are one of the core appeals in the entire arena of mobile devices. Because they are extremely fun and appealing for all generations, these games are very sought after and continue to be cherished more than 40 years since they were invented. Today, the growing number of powerful handheld devices allowed that this genre of games grows even further, and that it incorporates many contemporary features both in design and in the game mechanics. 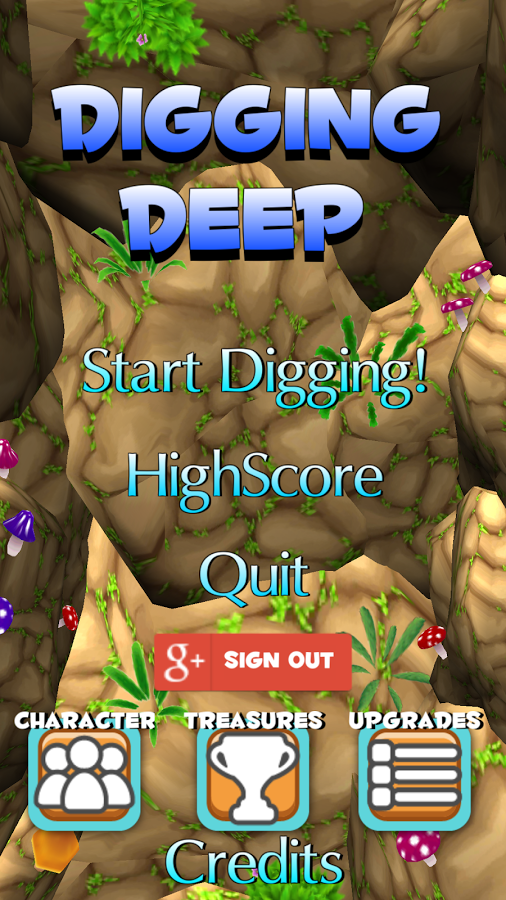 Bitrealms Studio is a game design company which clearly understands what is needed for a successful arcade game. Their Android app called Digging Deep is a masterful game which can offer hours of intense fun to anyone who downloads it and decides to give a try.

The task of the game is simple. The players must mine blocks and steer clear of danger while they collect treasures like diamonds and other valuables. The game is played by two distinct taping controls which are used on the blocks, while a timer it ticking, which means that fast fingers and fast reflexes are necessary for a successful digging session. At the same time, spikes made of steel present a constant danger, and player must avoid them to keep on digging.

Bitrealms Studio incorporated a fantastic graphics which include 3D elements, and it looks perfect even on smaller screens. Different designs of the blocks as well as the background images keep the gaming experience interesting even several hours of play. The engine of the app produces game elements like blocks, treasures and everything else through a random pattern, so there is no fear of boredom.

A very dynamic soundtrack also adds to the gameplay. Any collected diamonds can be exchanged in the app shop and used to acquire new upgrades and fresh characters, while an integrated Google Plus feature allows for sharing scores on this social network. 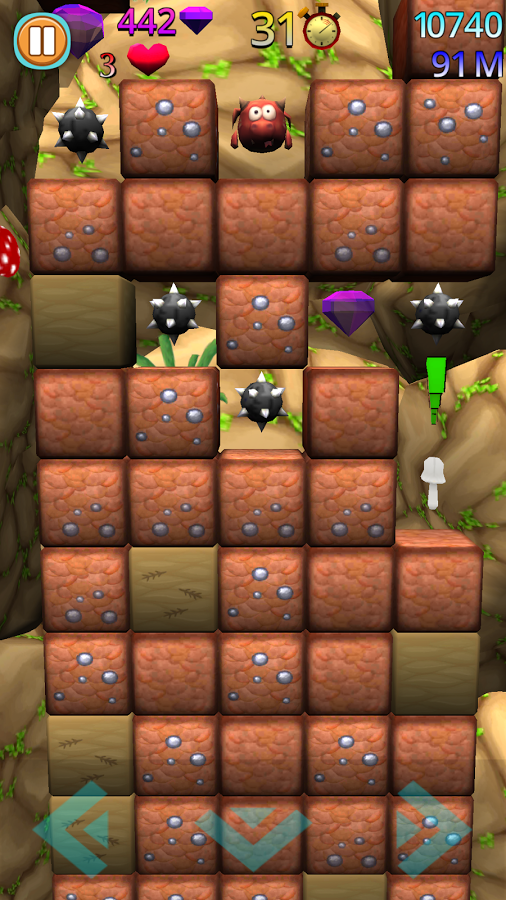 Even though the game looks and feels very advanced, it can be run on any device which uses Android2.3.3 or higher. This adaptability when it comes to hardware and software requirements makes sure that the game can be enjoyed on many older mobile devices like tables and smartphones, which also give is a clear advantage when it is compared to other similar applications. While those games require new devices and recent system upgrades, Digging Deep is much more forgiving when it comes to its system needs.

Bitrealms Studio made a game that will feel fresh and interesting even in the coming years, because it is based on simple and clean fun, while it incorporates many modern elements. All this makes Digging Deep a thrilling gaming app great for all ages.