Whack-a-mole types of games never fail to entertain and test your skills and reflexes. It is a classic arcade game concept that can captivate any gamer, child or adult alike, because of its simple but enjoyable game mechanism. This is why it’s no wonder that a lot of variations of it has been developed over the passage of time. However, compared to other apps with a similar concept, very few have reinvented the game as much as Whack Magic has. 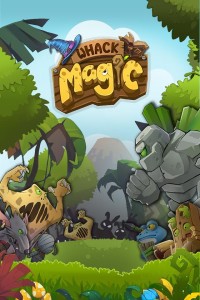 In Whack Magic, players take the role of a Wizard who is out to regain the peace that his beloved magic world once enjoyed. You have to take on hordes of fantastical creatures; from angry spear-wielding blue frogs and gigantic stone golems to exotic mummies and terrific ent-like creatures, each monster is endowed with a specific skill that will serve to test your arcane abilities. You have to overcome them by casting your spells on them ala whack-a-mole.

The controls of the game, very much like its main influence, are very simple that even a child wouldn’t have any difficulty getting the hang of it. You simply need to tap the screen to vanquish your enemies and collect power-ups. The challenge lies on how fast you can tap the screen and how wary you are of the monsters that appear. There are as much as 80 stages to conquer and as you progress, the difficulty increases as well, and boss stages only serve to challenge your reflexes and quick thinking more. There are over 10 magical weapons and armors to choose from as well, each giving the Wizard a different magical power, but it is ultimately in your skills that the fate of the Wizard depends on. 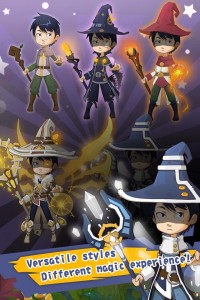 What evidently makes Whack Magic unique from other whack-a-mole games in the app store (Whack-A-Droid and *Mole Whacking*, to name a few) is that it has introduced a very authentic twist to what is otherwise already an established style of gaming. The fantasy-style graphics and effects of the game deserve a spotlight because the level of care and attention to detail that was invested in them is apparent from the outset. The developers are still actively releasing updates to Whack Magic in the form of new power-ups and characters, so the game is still showing plenty of promise. This is why of you’re already a fan of whack-a-mole or just want a new game to try out, know that Whack Magic is most certainly worth getting.