Chaatz: For People Who Like to Categorize Their Social Media Presence

Chaatz (Android, Free) is a social media platform designed for (what else?) communicating with others. The big difference here is that Chaatz is actually designed around multiple profiles, which makes it a lot easier to separate, say, your work life from your social life. One of the biggest problems with social media is that there are some things you might not want some people (say, your boss) to see about your personal life. Chaatz solves this problem by allowing users to create multiple profiles from the beginning, meaning your personal life and any other life you want to create for yourself remain separate. 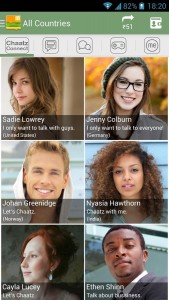 Since the app is designed around creating more than one profile, so it’s easy to maintain separate profiles. Chaatz Connect profiles are anonymous, allowing you to have private, anonymous conversations. The Connect profiles also include a “Secret Message” feature allowing you to send messages that auto-delete, guaranteeing your privacy. Of course, Chaatz allows you to send texts, voice messages, pics and video from both public and private profiles. 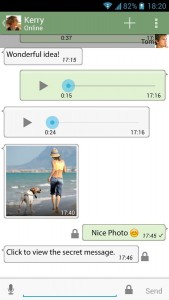 Overall, the idea behind Chaatz solves a problem that has plagued users of social media since its invention. Practically, however, its implementation is excellent. Instead of using three or four social media accounts Chaatz allows you to make distinctions from the beginning, making your social media life easier to handle.

Verdict: Social media has had privacy issues from the beginning, and Chaatz provides a real solution through its combination of multiple profiles and privacy features. While it’s not for everyone, it’s certainly for users who like to keep some things private, and is designed very well around that ideal.