Get To Know Your Stars with Fireballs In The Sky

The universe is filled with many wonders, let alone the world. One of the amazing wonders that we get to see every now and then are the stars we see falling from the sky. Then we start to wonder why that star fell, what star it was and where it could have ended up. Lucky for you because now those questions won’t have to remain unanswered with an app so profound, you will never fail to be perpetually amazed by what it can do. What I’m talking about here is a new app for the Android called Fireballs In The Sky. 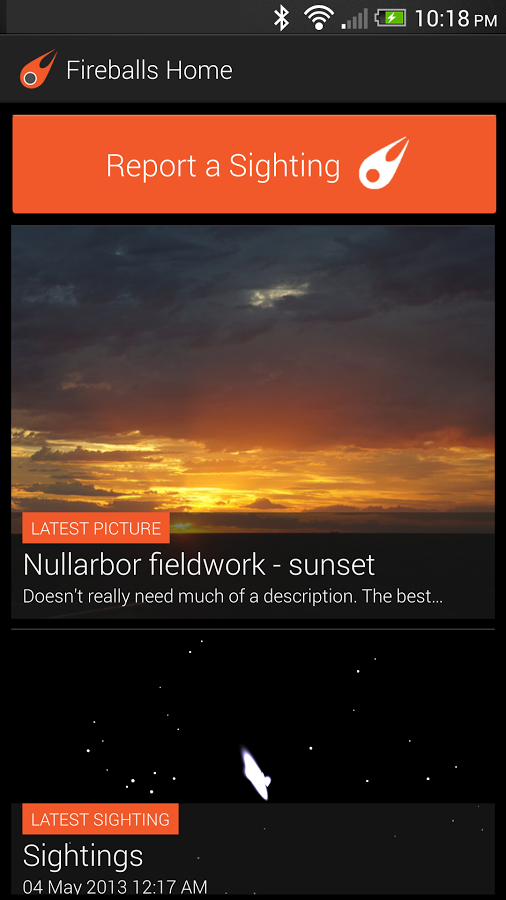 What is Fireballs In The Sky?

The app is something that will make your smartphone a much meaningful device, perhaps an instrument powered by science. It has the capacity to swiftly record every single piece of information that could be of relevance to the fireball you have sighted from afar. Another amazing thing about this app is how the essence of collaboration really comes into play. Whenever there are also others who have had the same sighting as you’ve had, a much substantial conclusion can be obtained.

Angles Delved by the App:

Fireballs In The Sky merge numerous significant elements in order to come up with a smart conclusion. Some of which would include:
* The time of the sighting
* The spectrum of colors witnessed
* Trajectory speed of the meteor
* Possible sources of which spot in the stellar it may have been from

One of the amazing things about this app is its solid foundations, which would include its direct access to Desert Fireball Network — Curtin University’s research project about meteors. DFN is actually facilitated with cameras that are devised to capture the image of the sky in every 30 seconds. That way, the appearance of flaming objects falling from the sky won’t be another impregnable set of entities in this immensely crazy universe. Nonetheless, DFN is expected to come up with a new technology that will track anything that will come through the Earth’s atmosphere, which takes observations and analyses to a whole new level. And with the app, you will be kept abreast on that one as though you are a part of the project yourself. 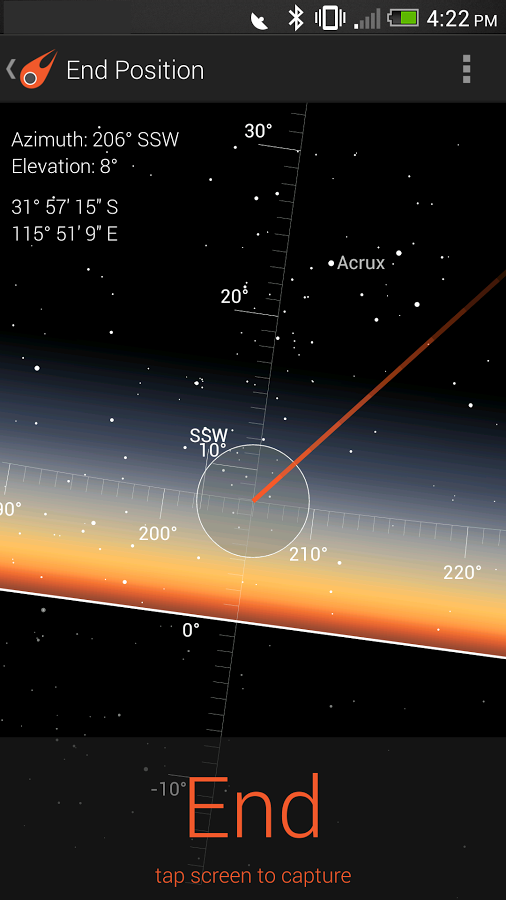 What the App Really Does?

A fireball has a beginning and an end, which is why the sighting is always fleeting. The app helps you determine the altitude and azimuth (the direction of the star from the observer) of the fireball.

The app has a very unique database and with its power to let you create a fireball that portrays the kind you saw, it can help you determine what it really was by its sophisticated fireball matching mechanism. From the color to the exactitude of the shape, the app has it covered for you.

Information is relevant to preserve your study and open channels for betterment. That is why this app lets you jot down notes about the fragments you saw and preserve all the thoughts you’ve had of it, which may come into play in one way or the other.

On top of that, the app allows you to collaborate or at least share your sighting report to other users the same way then can for you. With Fireballs In The Sky, you can truly become more acquainted to the science of the solar system and its elements in the most fascinating way.

Check the Fireballs In The Sky video HERE!