I had this habit of playing in the keypad of my smartphone. It was great hearing all those sounds it creates, but I do accidentally make calls while doing this. Tone Tunes can help guys like me.

Tone Tunes is an entertainment app that can create Dual-Tone Multi-Frequency (DTMF) and Samsung A707 Tones. After launching this app, it asks users whether they want to generate DTMF tone or Samsung A707. For DTMF it has 8 songs in the library, while Samsung A707 has 25 songs. 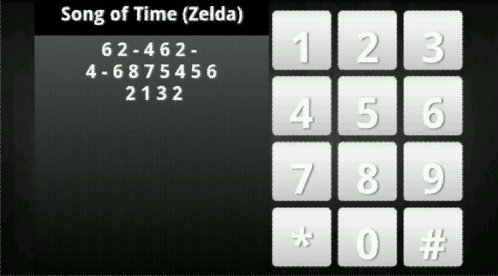 With the keypad it provides numbers to guide. This app works fine in my H

rel=“nofollow”>TC Wildfire and it is good to experience the popular bits of music like Pirates of Caribbean, Indiana Jones, Schindler’s List and Jingle bells coming out of the device. However, the users need expertise to deal with it and understandably it would take some time to do it.

There are some vital features missing in this app. Users can’t save the the tunes they create nor share them in social media. Now this app is running Version 5.1 and I don’t know why the developers miss them till this fifth version. Let us expect these features in future versions of this app. However, I would say Tone Tunes is a simple app that can do what it claims to do. This app requires Android 2.1 and later.