Get These Top Free Photography Apps for Your Droid

Android mobiles have many functionalities and among them photography is an important one. These devices come with at least a 5 MP camera these days, while the photography apps promise to do wonders to the images you shoot. So, it has now become easier to produce professional images with your mobile. Let me list five top free apps that could help you in your efforts to become a professional in this area.

rel=“nofollow”>Action Snap:rel=“nofollow”> This app can convert the mobile into a tool for capturing action and movement. It creates a sequence by combining 5 or 9 photos. Wit 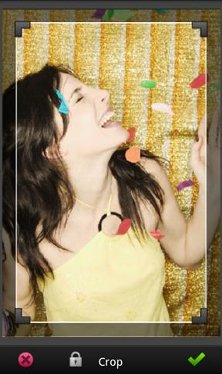 Adobe Photoshop Express: This is a mobile version of the famous photo editing tool, Photoshop. It lets users crop, rotate, adjust color, and add artistic effects with a few touches. Thus, users can edit and share photos virtually anywhere and can access them with a free Photoshop.com account. This app requires Android 1.5 and higher. It has crossed 5 million downloads.

rel=“nofollow”>PhotoFunia: This app takes images to places and gives users the feel of being a celebrity. Users can put their faces on a billboard, a stamp, or in a Warhol-like work of pop-art. This app smartly finds the face in a photo and integrates it with the scene the user selects. It has been download 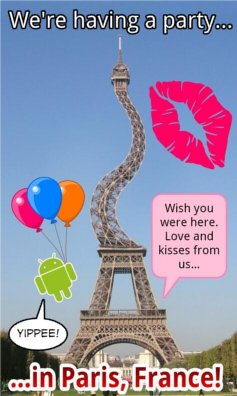 rel=“nofollow”>ed for more than 5 million times and it is compatible with Android 1.6 or up.

PicSay – Photo Editor: PicSay is a handy tool for color-correcting pictures and adding word balloons, titles, graphics, and effects like distortion. This app has a fun, intuitive and easy-to-use interface. PicSay has already crossed 5 million downloads and it needs Android 1.5 or higher. There is also a paid version – PicSay Pro available for US $4.31.

PicsIn Photo Studio:rel=“nofollow”> It is one of the complete photo editors available in the Android Market.

If you are interested in photography, you can try them. We hope at least two out of these five apps could impress you.