We all love our kids and want what’s best for them, my son Tim is just 2years and 6 months but is very inquisitive and wants to know everything. Right from the television remote, down to daddy’s keys, he always wants to see what’s new in all. I try to get him toys and games that help him learn something at the same time as he’s playing and this app is one of them. 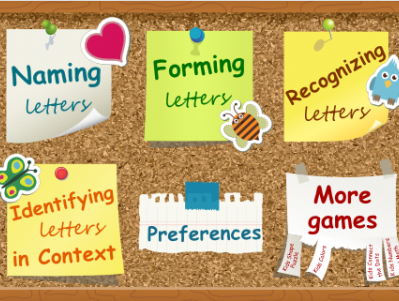 Since he’s on the brink of getting into school I’d love to see him learn his ABC’s and his numbers atleast before he gets in. The app is more like a game than a teaching process, atleast that’s how it looks to him, but in the bargain he learns his letters.

Well there are four sections in the game, the first section is where the letter’s are displayed and the voice in the background helps them identify the letter. Offcourse the letters come out in upper case and lower case as well. And the voice is also repeated when you tap on the letter. That’s to help your child learn to name the letters.

Then their’s a small game in which the child can put small pieces of a puzzle together that gives him/her a letter, this is done from memory and so your activating your child’s brain as well. By the time this is done, your child would be aware of the letters mostly, but to make it even more interesting there’s another game where you can help the cat take a bite at fish that swim around with letters on their sides.

Then you go one more step, for their’s another game where you identify letter’s from words, giving the child an opportunity to learn that letters group together to form words. That’s it, he’s now engaged and all I have to do from time to time is listen to him when he’s excited with the new letter’s that show up on the screen and what makes me even more relaxed is that he’s learning something out of it. Now I’ve got time to catch my breath without running around the house, seeing what he’s up to now and then, it was fun though and we still do it from time to time.

Math Magic- Do wonders with the help of technology and make learning maths interesting.

Help the Queenie Get Her Magic Stars in Walkabout