Switch to Interactive Magazines with Magzter

The arrival of smartphones and tablets makes it easy for people to do things like playing, browsing, working and watching movies and TV shows on the go. Popular magazines do have apps that make reading easier than ever before. However, the problem is the user needs to get an app for every magazine he likes to read. I recently tried a digital newsstand that looks to tackle this issue smartly.

The Android app, Magzter offers most of the popular magazines from top publishing houses around the world. Users can buy, store and read digital copies of the magazines within the app. The magazines you get are essentially the same as the paper versions and can be bought from the ‘Store’ and stored in the ‘Shelf’ to be read at any time. The stored magazines can be read even without an active Internet connection. I think this is a handy feature that lets users read on the go. 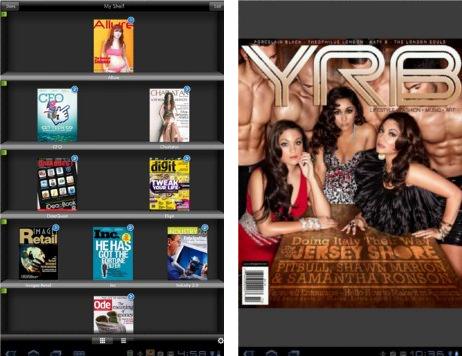 Facebook login access is another impressive feature that would be of help to people who have too many passwords to remember. This app also lets users search the ‘Store’ with keywords like sports, politics, Hollywood, etc. Therefore, users can find the magazines they want, even if they are not pretty much sure about their names. They can also preview the magazines before deciding to buy them.

I tried some of my favorite magazines like Geopolitics and Digit in this app and I love the interactive touch added by Magzter. It lets users browse through magazines like we would do in real life. As it cuts the paper usage, users can go green with this app. It also offers some good deals for annual subscriptions.

Magzter has already got a lot of paid and free magazines. However, a wider range of magazines would do justice to a versatile app like Magzter. The developers at Magzter Inc. promise to add more magazines in the near future. Let us hope to get them soon.