Almost every person in the world in some moment wondered if they looked like someone famous. Many times, people hear that they look exactly like one celebrity or another but have a hard time figuring out why someone told them this. Now, using modern technology of facial recognition, combined with the effective use of mobile devices, anyone in the world can find out who is their celebrity lookalike in the Kollywood world. As one of the key parts of the Indian movie industry for almost a century, Kollywood produced a huge number of planetary superstars that are admired by hundreds of millions. Now, using an app called Kollywood Celebrity LookALike, anyone can detect a Tamil celebrity that is his or her perfect visual mirror match.

The app was designed for Android devices and can be downloaded on the Google Play store. For it to be installed all that is needed is a device using the Android operating system version 3.0 or up, making it really flexible and accessible even for the older models. As its basic concept, the app offers a way for users to upload their photos and allow the intricate visual detection and comparison mechanism to detect a Kollywood celebrity that looks exactly like them. 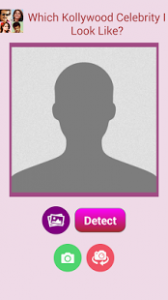 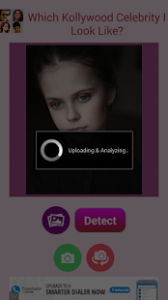 There are several features of the app that make it really interesting. The Kollywood Celebrity LookALike features a system that allows users to create a picture by using the device’s camera, or to add an existing one from the gallery. The specially designed algorithm called Face Match Detector is a feature that provides a fast and accurate scan of the user’s picture and compares it with a database of Tamil celebrities. At the same time, the feature of a brilliantly designed user interface and clear and simple commands mean that anyone can begin using the app almost immediately. Finally, the option of export of images allows users to share the results with their family and friends.

Aside from all these engaging features, the thing, which really makes Kollywood Celebrity LookALike stand out from its competition, is the fact that it is completely free. Unlike similar apps, which demand a lot of money for their use, this app can be downloaded and used right away, without any fees and registration demands. This is a huge advantage of the app and a clear reason why everyone interested in Tamil celebrities should be using it.

Because of all its advantages in the form of simplicity and effectiveness makes Kollywood Celebrity LookALike the perfect app for facial recognition and comparison with Kollywood actors. Within a single Android device, anyone will be able to find his or her exact match from the exciting world of Tamil cinema.