Reward Hen – A Way to Play Games and Earn Money

The idea of playing games and earning money may seem contradictory. Gaming was always considered a leisure time, and games for mobile platforms are considered something people do just for fun, and do not get anything worthy out of the same experience. Reward Hen is an app developed for the Android operating system and it gives its users this exact thing. By downloading it on any smartphone or tablet, the users can enjoy different games and get paid for doing that. 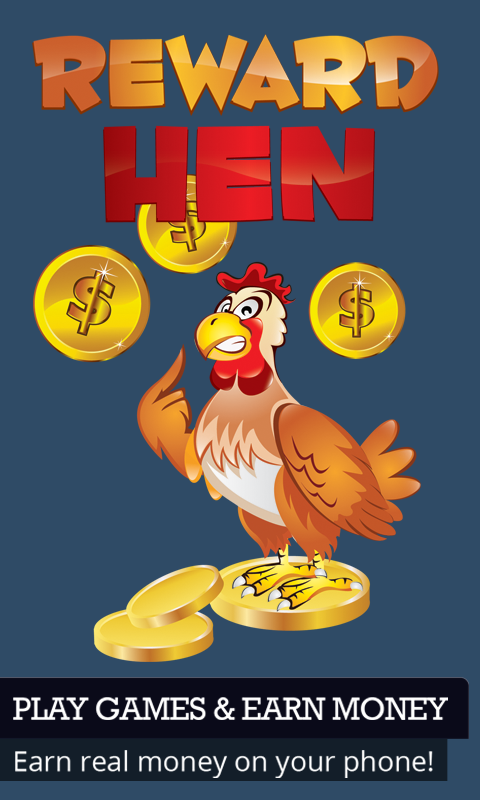 Reward Hen was made by a relatively young design studio, but whose team has shown great ingenuity and skill with this product. Their app incorporates games that are played for different benefits. Any player can choose one of several options, and play for either rewards, directly for cash or can receive a giftcard. This can then be spent on Apple, League of Legends, Amazon, Steam and many more big retail portals that offer products, games, services and many more things by a quick redeem process.

Any hard currency that the player receives is transferred directly to a PayPal account, making the money earned easily accessible. Reward Hen also offers the fantastic possibility of payout in Bitcoin! This electronic currency recently skyrocketed in value, which means that investing in it, especially by playing games, can turn into an even larger profit in a short amount of time.

Reward Hen app functions in a very easy way, mainly because of its clean design. Users need to download it, and start to play games to earn coins, which present the in-game currency. These coins can later be spent on great rewards, including previously mentioned cash, giftcards or Bitcoin. The team that made the app was also willing to give coins for logging in on a daily basis. This way, Reward Hen rewards its users just for starting the app. 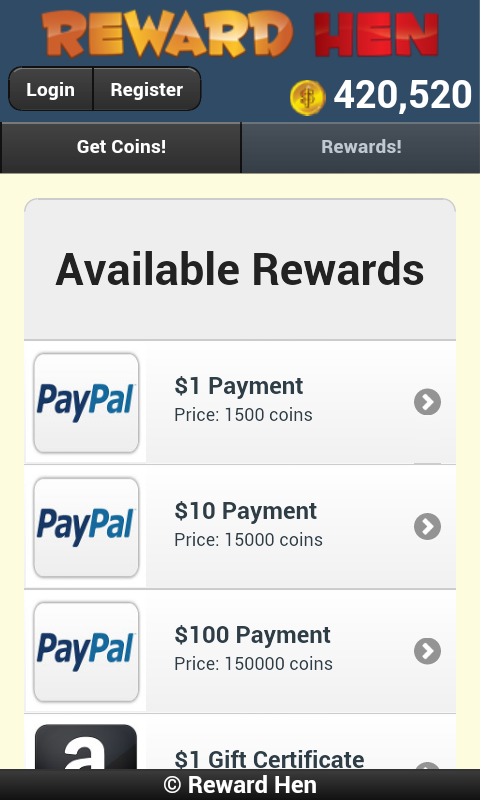 Reward Hen accomplishes a lot more that its competition because of its transparency. The system it uses is easily understandable and doesn’t involve a hidden agenda. Other apps might involve shady dealings and complex rules that are meant to confuse the users. Reward Hen does the exact opposite by plainly and openly explaining how the system works. This makes this app very elegant for any kind of user, no matter if they are a passionate gamer, a casual player or anything in between. In other words, Reward Hen makes it simple to earn money by playing games.

By using this app on an Android device, a person who previously played games just for fun can now do the same and simultaneously receive prizes, Bitcoin or cash. All this makes Reward Hen a truly unique app for both gaming and earning money.