So, have you heard? Brian Henson and the team of writers have finally mapped out Lian Yu Island for Season 2 of Arrow. That is all thanks to episode 14 of the 1st Season where a bunch load of flashbacks were aired on national TV. We can finally have a Retrospective look on Oliver’s past! Speaking of mapping out, did you know that you can now let people know where you’re at pronto? True! And that is all possible with the new Android goody in town – Blipp! 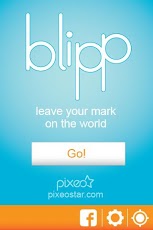 * is a real-time location mapping system. That basically means as you can.
* spread word to people on where you’re at anytime you want.

On another note, the app has coined a term for itself. What would it be? That’d be none other than “Blipp”, which now refers to “live location sharing.”

Why You Should Try Out Blipp:

Remember the good old days when folding papers and throwing them off the air was already too much fun? Don’t you just want to come back to that time and to that place your childhood has taken occurrence? Well, change is constant and people grow. But, it doesn’t mean you just have to leave the memories behind when you can actually make them concrete to be looked back into as years pass by. Whenever you have to come upon a place that comes off special to you because of the ambiance, the smell of the air or the total impact of the aesthetic factors, a few touches would do and Blipp would share the news!

Blipp location sharing app is now integrated with Twitter. Now when adding a blipp to your map you can choose to share you blipp via Twitter. Friends will still be notified by the app when they are near your blipp, but now they can get a sneak peek with Twitter. Blipp your favorite golf course and share the fun with Twitter!

* Quick and Easy Share to right to your Facebook and Twitter account
* Locate Blipps of your friends
* Detect Blipps that are of close proximity
* Map out directions to keep you guided
* Save Blipps for future reference and thus, convenience!

Why let memories slip by to be forgotten when there is a way around to keep them golden? With the help of Blipp’s GPS location and sharing system, you don’t only tell your people where you’re at, but you also get to know where they’re Blipping at.