CleanBM: An Unprecedented Solution to All Your Public Bathroom Woes

Have you ever found yourself in a public venue where it proved to be such a herculean task to find one, single clean bathroom? For men, it might not be such a big deal. But for women, it’s a whole, different story. Besides, shouldn’t we all be concerned with bathroom hygiene? All the more so in public bathrooms being used by hundreds of people every single day. 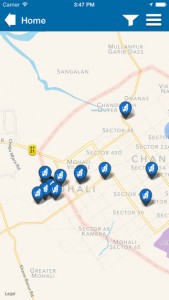 This is where the app, CleanBM, comes in. It is basically an app that helps you find a good, proper bathroom where you can relieve and refresh yourself without having to deal with the hassle of dirty toilets and sinks. We can’t deny the fact that there are numerous unhygienic public bathrooms in most venues like malls, arcades, parks, etc. And, most of the time, since they are the only ones seemingly available and nearest to you, you are forced to use them altogether.

This problem is virtually excised by CleanBM because it makes use of GPS technology to find a clean restroom for you to use. It’s relatively easy to access the app’s features; you can either create an account, sign in using Facebook, or even skip the login process (you won’t be able to leave inputs and feedback this way, though). And, yes, this is just one of the amazing features of this app, as it is able to record the photos, comments, and reviews made by previous users about a specific bathroom. 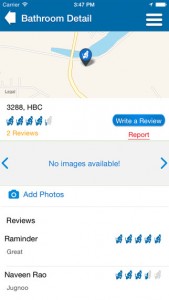 The app also calculates the shortest route that you can take to get to the bathroom of your choice. What’s good is that bathrooms are given in a readily noticeable icon in the GPS map, and upon tapping on one, you can easily get bits of data about the restroom that we have mentioned above. With this, you will know for sure and beforehand if that restroom is really clean or not. Nonetheless, we also have to accept the reality that not all public restrooms are as antiseptic as those found in high—end malls and offices. Be that as it may, CleanBM could also be used to find the nearest one in your location, just in case that you absolutely have to go as soon as possible.

There are other bathroom Iocator apps developed, which have a similar concept to CleanBM, but what obviously separates it from the rest of the said apps is its emphasis on helping you find a “clean” bathroom, and not just any bathroom that would turn out to be not up to your hygienic standards. CIeanBM’s targeted approach to getting users what they need (in this case, a clean bathroom) is what certainly makes it a valuable app to have. In fact, finding a good bathroom where one can empty one’s bladder without being subject to offensive sights and odors is a problem that many of us encounter in these present times but ultimately overlook. The developer of CleanBM obviously realized this and went ahead with the development of this useful app.

This CleanBM app also available on the App Store.