Wito – New App To Say What You Think Of In A Very Easy Way!

For those who are really interested in an app that will allow them to say what they think about literally anything, they should take a closer look at Wito. That name of this android app stands for “What I Think Of” and it lets everyone express their opinion about something in a very simple way. They just have to say what they think about their favorite brands, projects, TV shows, artists, food, places and so on. 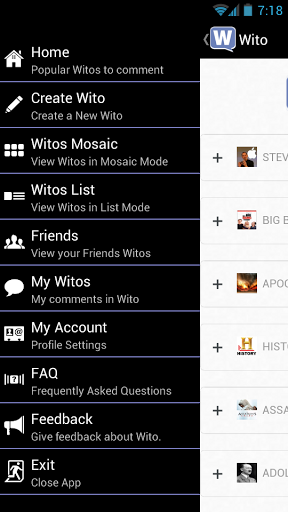 After users will voice what they think about the topic of their choice, they can share it with their friends or even check out what others think about the same things or other topics, too. The app is very addictive and people won’t want to stop from commenting and creating witos!

* Witos can be added to favorites in order to track comments.
* Possibility of adding friends and also checking out what they think of.
* See lists of popular witos and post comments about them.
* Slide multiple witos using a mosaic view.
* Slide Witos 1 by 1.
* Login options include Google account, but also social media like Twitter and Facebook.
* To create the wito, image suggestion will grab the right images.
* Creating personal witos about ideas, projects, foods, favorite vacation spots and anything else.
* Very addictive! 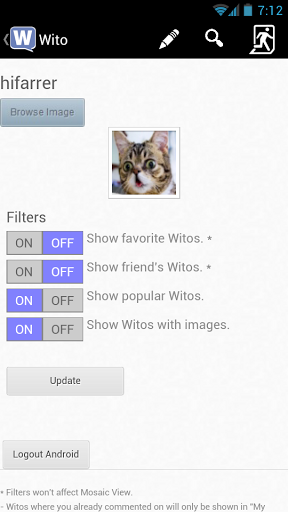 The app is certainly one of the most addictive apps on the Android market, because it allows users to express their opinions freely in a very simple way and then have them accessible to thousands of other users. Even more, the app is still in beta testing, so if it’s great now, it will be even more amazing when it’s completely finished. Wito will also be available to those who use older Android versions as well, which is definitely going to make its fans very happy about it. In the end, everyone who wants to express their opinion about anything in a whole new original way, should check out Wito right away.