Take a Trip to Space with a 3D Orrery App

Be it a kid or an adult, everyone must have dreamed of visiting space at least once in their lifetime. Well, this may not be practically possible but you can still have an experience that is almost as close. Excited? With an app named Orrery, you get a 3D view of the planets in the solar system and also get to learn a lot of things about them. The app provides answers to questions like, “How does the moon look?”, “What is the sun made up of?”, and much more. 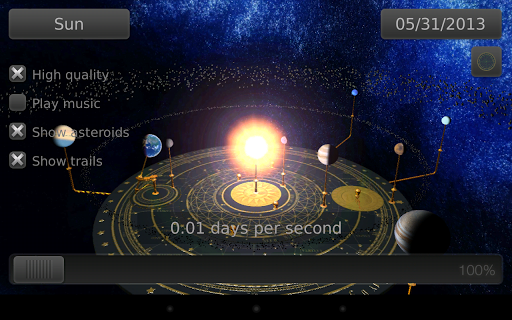 As the name suggests, an Orrery is a mechanical model of the solar system. This app gives you a 3D view of the entire solar system and lets you learn more about the sun and the planets. It can be used by teachers and parents to teach children about various celestial objects, and is a great educational app available on the Google Play store.

The app’s opening screen is designed to look like a display of the entire solar system on a round table. You can pinch-zoom the image to get a closer view. By swiping to the left and right, you can spin the orrery back and forth and view all the planets. You can also observe the planets’ orbit around the sun by altering the angle of view. The app has a slider at the bottom that lets you change the rotation speed of a particular planet. There is an icon on the top right hand corner of the screen that lets you input the date, using which you can simulate the positions of the planets by date.

When you tap on a particular planet, the app displays information about it. It tells you the position of the planet in the solar system, what it is named after, its composition, its characteristics, its atmospheric pressure, surface temperature and much more. Below the description of Mercury, Venus, Moon and Mars, you will find a button named ‘visit’. When you click on the icon you will be able to view the surface of the entire planet in 3D. 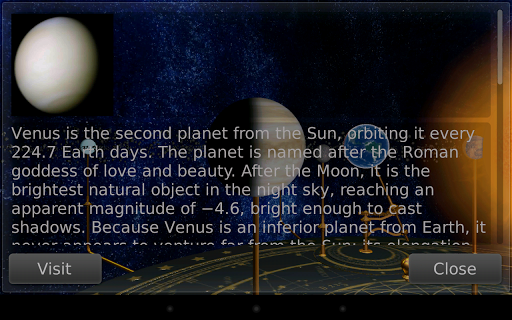 The app lets you choose the HD mode, and turn the music On/Off. You can also choose to view the fields and trails of the asteroids in the orrery. Though the controls of the app are not that intuitive, the app’s graphics and background music are fairly good. The app is a treasure trove of information, and it let me unearth many things about the planets that I was not aware of earlier. The app is available in English and German. It supports both landscape and portrait modes. The app can be used to teach students about the relative positions of planets, and why eclipses occur. I wish the app displayed information about the time when planets are visible from earth.

Isopod – Use Roly Poly to Save Insects from Spiders