In this era of mobile technology, every kind of smart mobile device is prone to malware or virus attacks at some point of time. Every smartphone owner downloads apps in their devices which may be the entry point of such malware or viruses. The worst case is that users may not know that they are being spied on through the apps. Certain apps that consist of spyware can trap all sorts of users’ information and pass them to a third-party. The privacy of the owner is at stake here. 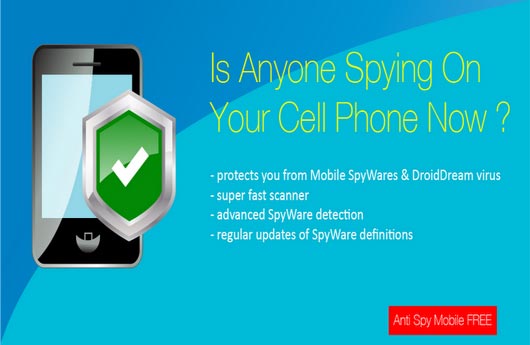 In order to help users identify such problematic apps on their devices, here comes the most powerful ‘Anti Spy Mobile Free’ app. This is a free Android app, which scans your device for the spyware applications, searches your device’s installed programs, lists out the suspicious software in your device and removes it for you. 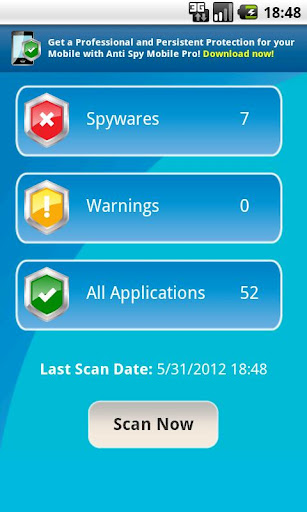 If you are convinced with the permission, you can confirm that the program is safe. There is also an option to Uninstall the app, if you do not feel safe with it. There is a More Info option which will only work with the PRO version.

The interface of Anti Spy Mobile Free app is quite good with easy navigation. As it has minimum controls, it is clutter-free.

In order to gain maximum benefits of Anti Spy Mobile, purchasing the PRO version of it is necessary. You can scan your device for any malware automatically every day in the background and whenever new issues are detected, the app itself will show status bar notifications. You can get the PRO version with 20% discount for $3.99 till the end of June 2012.

So, quickly scan your devices for spyware and malware with Anti Spy Mobile Free app.