Easy Logger: The Phone Monitoring Tool that Every Parent, Child, or Senior Needs

Have you always wanted to exercise better control over your daily SMS and calling activities? Do you happen to be a responsible parent who simply wants to protect your children from undesirable influences online? For these purposes, you’d most assuredly need comprehensive tracking capabilities. If there is one app that’s able to do all these and plenty more, Easy Logger is a prime candidate.

The app practically keeps a record of every common activity you do with your phone, may it be calling, texting or installing and using apps. It compiles a list of every instance you do those activities, how long you did them, the exact date and time, who you called or texted, as well as every app that you ran and the total amount of time that you spent in it 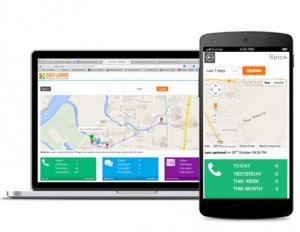 Easy Logger organizes everything into reports. For every phone call, all the pertinent details you need will be displayed. Who called you, who you called, and the exact location of where and when you made the call (however, this is only available if you avail of the Pro version of the app). As for texts, you will be able to know each outgoing and incoming text message.

Deleting the message won’t affect reference for everything will certainly be recorded even if the said action is done (take note that this is a Pro feature). Same as in phone calls, you may also keep track of every location that each text was sent and received.

In terms of app tracking (which is another Pro feature), you’ll certainly gain details regarding every app that was launched and used. Besides, time-keeping as said above, you’ll also learn how much memory was utilized by each one. This feature practically makes the app a perfect and easy phone monitoring tool for parents. You would also be promptly sent a notification once any app installation and uninstallation attempt is done, and you may immediately visit the site where your child downloaded it from via a link that the app will provide.

Another helpful feature for parents is the app’s built-in ability to geo-fence users. It certainly helps them keep track of their children wherever they may be via their respective phones. And if you’re worried that your Cechy kid might end up just easily uninstalling it, know that the app is able to mitigate this by letting you hide it from view.

The Pro version of the program is basically a must-have since plenty of features that makes the app complete can only be unlocked via availing the said version. For one, with Pro you won’t have a hard time keeping track of numerous devices for it lets you do so from a single console alone.

It is also in the Pro version that you can make use of the app’s unique monitoring system for seniors. It’s an entirely separate feature that allows the app to function as a tracker for the elderly. Speaking of further tracking, know that going Pro also lets you have the ability to track devices you may have lost. Another notable feature in Pro is its cloud control panel where there you will be provided with a history of locations that the app has logged.

Easy Logger is able to better any kind of app that is similar to it with the almost inexhaustible features and apparent attention to detail. As said above, its Pro feature is surely worth getting for relying solely on its free version wouldn’t let you make the most of what it has to offer. Its functionalities are versatile enough to make it applicable for various situations and scenarios that require close monitoring and tracking.