Get into the World of Animals – Zoo Club

People like to play FarmVille sort of games these days, thanks to Facebook. These games are tricky and the users need to be ‘greedy’ to win them. Today I downloaded a similar game from the Android Market – Zoo Club. Let me explain how it works.

Zoo Club is all about buying a variety of animals and building up a zoo with them. Users also need to buy zoo keepers to feed the animals. They need to build the zoo with the available money and they can also earn some bucks on their way of expanding the zoo. I tried this game and it is really interesting as the game play is addictive. Well, I have a zoo and a few animals now. 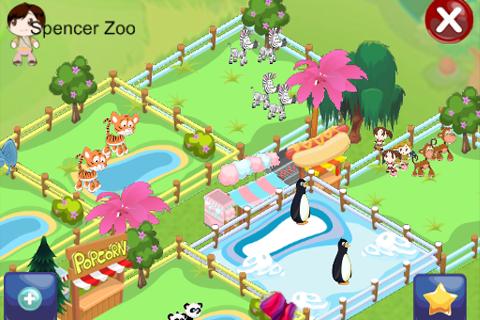 rel=“nofollow”> this game. However, I am not sure how it works. A great thing about this app is it is available for free and it comes without the distractions of ads. However, it has some links for other apps.

Zoo Club is quite an interesting game, but as I said it looks similar to the FarmVille of Facebook.  If you like FarmVille, then you would certainly love the Zoo Club. This app requires Android 2.2 or up and certainly won’t work with lower end devices. This popular app has already crossed 1,000,000 million downloads.