Defense 39 – Defend Poland from the Nazis!

Real history is a treasure trove of fantastic stories. Some of them are cheerful, others sad, but there is one kind of a historic story which is most interesting — the story of an epic struggle between a large invading army and a small, righteous defending force. There are several examples of this in the history books, but one of the most recent is the story of the assault on Poland in 1939. On the September 1, Nazi Germany, under a weak pretense of a false flag attack, invaded its smaller neighbor Poland. 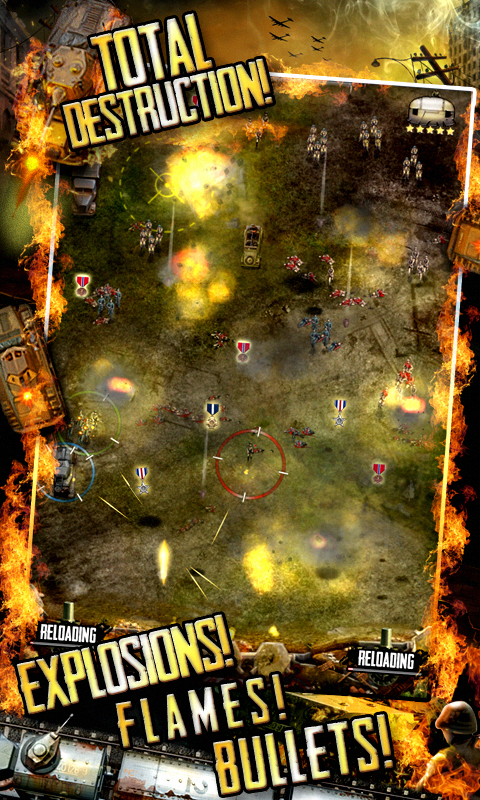 The Polish army knew they stood no chance against the far bigger and more equipped adversaries, but they still decided to fight a series of glorious battles and preserve their national pride. Now, 70 years later, Poland still stands proudly, while Nazi Germany can only be found as a bad memory of the human race. Inspired by this epic stance against a cruel and ruthless enemy, Sirocco Mobile development team decided to make an Android base game which is set in this time period.

This arcade game is called Defense 39 and its title references the faithful year when the conflict began. Instead of a fast victory, the player of this game serves up an unpleasant surprise for the attacking German forces. In charge of a defensive position like a bunker, trench or even an armored train, the player most fight thousands of attacking enemy soldiers and their vehicles. The game engine is capable of presenting hundreds of units on the screen and in the action, while the relentless battle is raging.

The enemy has tanks, infantry, jeeps and much more at its disposal, but with the right strategy, the defender can prevail. Also, a big range of weapons at the player’s disposal will help in this task. Machine guns can be used, while anti-tank guns can wreak havoc on the enemy armor. Defensive positions under the control of the player can be equipped with things like a powerful bazooka or a grenade launcher. Unlike other similar defense games, Defense 39 offers to its players many hours of fun because new and exciting additions can be constantly unlocked. 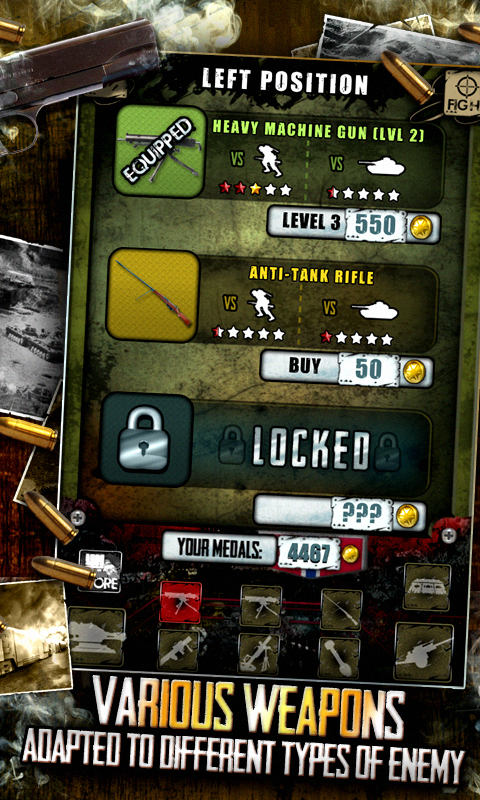 Here the player can receive flamethrowers, mortars which fire heavy shells or even heavy anti-armor guns which will pulverize the approaching Nazi tanks. While its competitor apps offer a simple system, this game features a very intuitive system for finding targets. An additional survival mode can prove even more challenging for those who love fast combat. But, the biggest advantage of Defense 39 is the fact that is completely free! By downloading it anyone can enjoy 10 locations and try to defend its position in more than 70 unique missions. All this makes the game an arcade game which should not be missed out on any Android mobile device.