Today, many game design companies try their hardest to develop games that are ever more complex. Aside from costing a whole lot of money,these games demand a dedication from the players and a willingness to invest hours and hours of their time into the game so that they can properly master it. Unfortunately, often enough, the investment of both time and money simply is not worth the end result, as more and more of these huge and intricate games fail to satisfy their players in any shape or form. 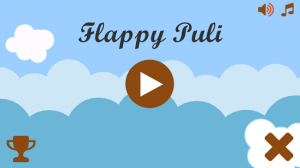 But luckily, Tim Tim is a development company that does not share this approach to making games. Their new Android app called Flappy Puli is an excellent example that a simple idea can turn into a great game which will be cherished by young and old alike. The game basic concept represents a roaming tiger that needs to keep going while he runs, flies and jumps through a beautiful forest. In the Tamil language, Puli means Tiger and for this endless runner game, it is an ideal name that combines a great visual tradition and an excellently executed game.

Flappy Puli was created for the Android devices and can be downloaded for free from the Google Play service. It requires an Android 2.2 or a later version and with the game, users will receive many exciting features. Firstly, the gameplay will be instantly recognizable and anyone will learn it in minutes. The player’s task is to control the tiger as he moves freely through a forest and avoids obstacles, including trees and many others. The game includes a brilliant one-touch control, which is a feature that will allow even the youngest players to easily control Puli. At the same time, the absence of any cumbersome additional controls makes the gameplay really engaging. Thanks to its Tamil traditions, the game features a rich and vibrant color palette that uses a cartoon style and is easy for the player’s eyes. For the more competitive Flappy Puli players, there is an internal scoreboard, while an additional feature allows users to share everything about the game on their Facebook profiles. 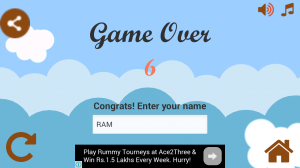 Aside from these features, the thing which really separates Flappy Puli from any competitors is its sheer addictiveness. Using a single command, players will find themselves playing for hours and trying to outdo their previous result. This simple but strong satisfaction that comes from playing the game makes it a great app for all ages. Other similar games cannot even come close to the level of addictiveness provided by this game.

Because of its dynamic gameplay and a strong element of fun, Flappy Puli is a gaming app that will be easy to master but hard to stop playing. With its engaging little tiger which roams the forest, many players will surely receive hours and hours of great fun.

The Puli face has a resemblence of famous Tamil actor and BGM was inspired by the speech of Famous Tamil cinema celebrity.