A rocket pack is an object that can fire up everyone’s imagination. Just the thought of a powerful rocket as a means of transport is both fun and exciting, but almost impossible to achieve in real life. Fortunately, this fact did not interfere with the creative team of game developers from a company called Won-O-Soft. They designed and created a game called Fox Tales which centers on the very notion of an incredible rocket pack. 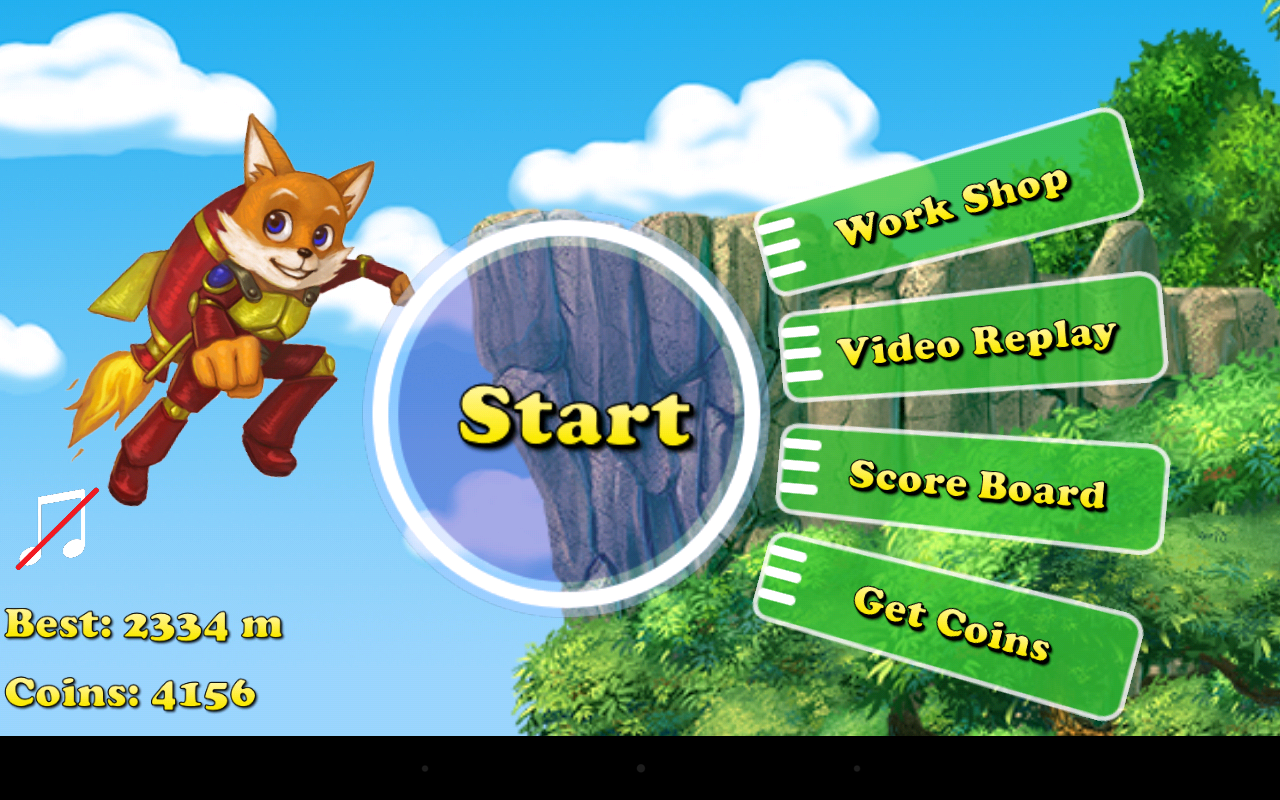 The main character of this arcade game is called Kizu, who is represented in the form of a fox with special powers. While ordinary forest dwellers run, burrow or climb trees, Kizu also possesses a rocket-powered pack which can make him soar into the sky and embark on incredible adventures. Won-O-Soft designed the game for the Android mobile device market in the form of a gaming app. The Fox Tales app requires an Android version of 4.1 and offers a very entertaining gaming experience. In just over 40 megabytes, the designer managed to make an arcade adventure with strong pacing and loads of fun. 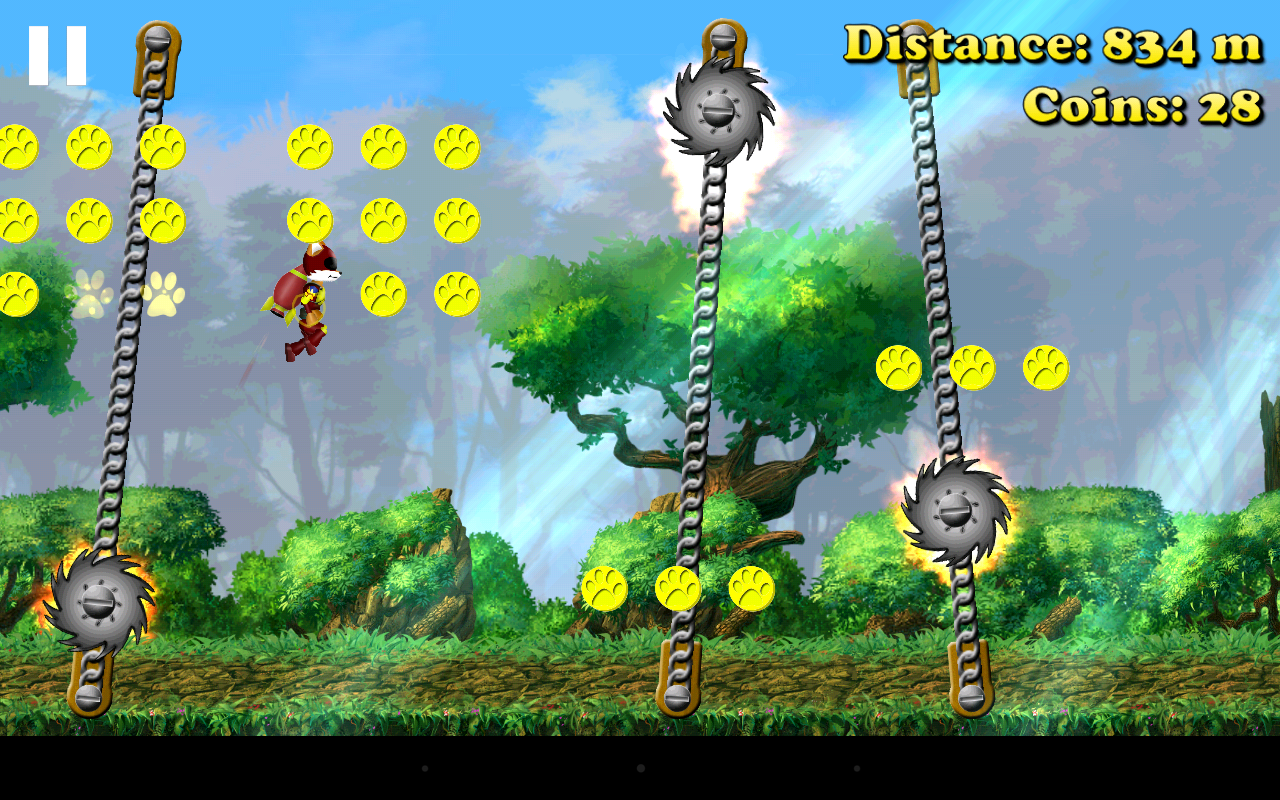 The player controls Kizu, who can both run and fly over obstacles on his adventures. To complete his run, the players need to avoid obstacles like rotating and burnings saws and dodge flying birds which can also bring Kizu down. But, there is not only the Kizu’s rocket pack to help him in his endeavors. Players also have the ability to acquire armor or get a magnet that can help them gather more bonus coins. But, the most awesome power up in the game is the feature of slowing time, which can be immensely useful in the most challenging conditions Kizu meets on his runs. 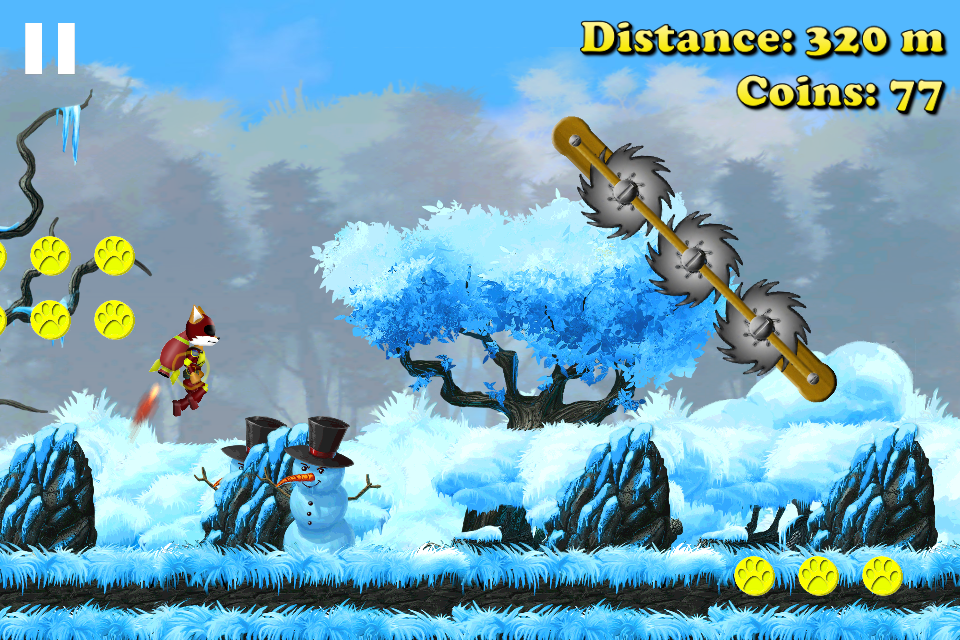 The entire rich experience of the Fox Tales is based on very intuitive controls. These can be used by the players to maneuver Kizu both in the sky and on solid ground. This means that even small children will easily learn how to play this gaming app, and quickly being to enjoy it. The game also features a multiplayer which can allow anyone to compete with their friend. This competitive mode will show who achieved the best score and those will also be presented on an online scoreboard for anyone to see and admire. The most important advantage Fox Tale has over similar arcade games is its fantastic graphical environment. Kizu is masterfully designed and painted, and the same is true for the backgrounds and other elements. This fact, combined with very smooth and clear animations makes the app a big visual treat for players of all ages.

For all these reasons, it is clear that Fox Tale is an addictive and immersive gaming app that can bring hours of joy to its players.