Magic Temple is a game app for Android devices. The game introduces you to the fantastic world of the ancient elements. The goal of the game is to fast matching gems in order to make as many possible combinations of Fire, Ice, and Earth you can match in one minute. In the game you are a young mage who needs to match the gems to increase magic abilities. By mastering all the magic powers you can become a Guardian in the game’s Hall of Fame. 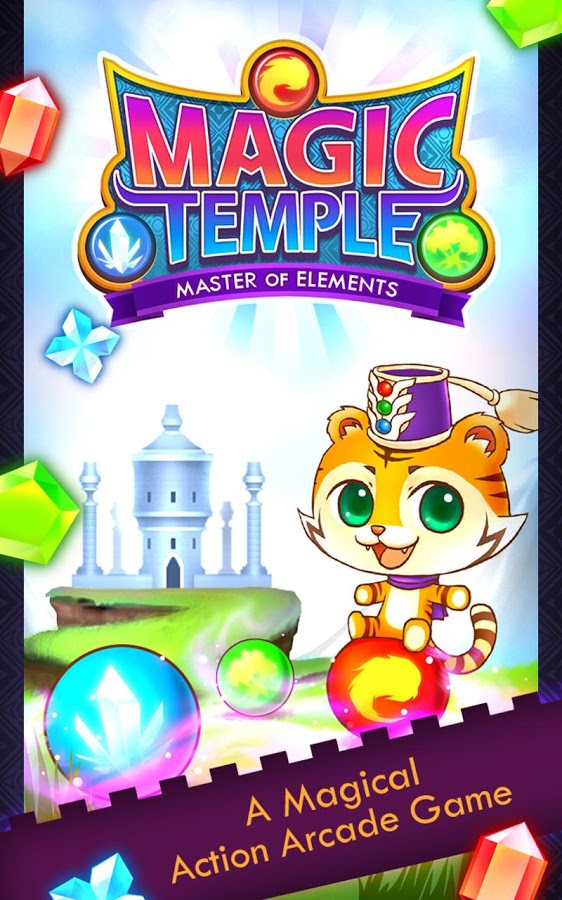 The Magic Temple app can be downloaded for free from the internet. The game gives you the possibility to enter tournaments with your contacts from Facebook. It also offers access to friends, local and global leader boards.

The game will test your reflexes in short rounds of one minute. You are required to match the gems consisting of Earth, Fire and Ice elements. The Earth gems have the advantage that they grow faster. The Fire gems can triple your score and the Ice gems slow down the countdown. By combining the small items you can create a mid-tier. By combining two mid-tiers you can collect the final gem. After each round of the game you receive your coins, combos and scores. If you can surpass 24 combos in one round you can enter the Aura Temple which gives you bonus points.

By progressing in the game you can unlock more bonuses that offer you special powers and abilities. You can use for special powers for the purchase of coins. With the Time Booster bonus you can add ten more seconds of game play. With the Gem Booster you can increase the duration of gem effects. With the Combo Booster you can chain easier. Head Start gives you six random jewels at the beginning of a round. Final Surge makes all the gems to come to surface before the final blast. 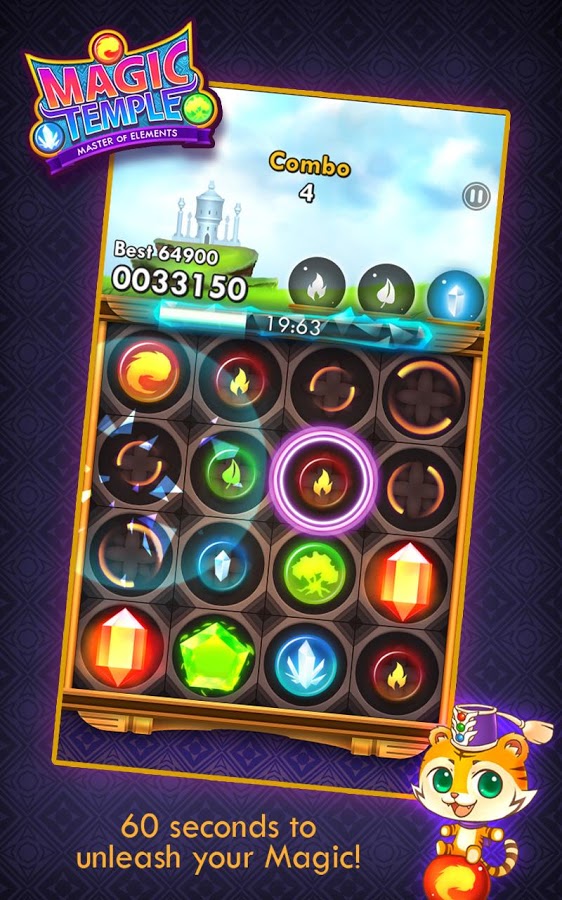 With Temple’s Blessing you can earn more points in Temple Aura. In the Magic Temple game you can reach different achievements. Score Master can be achieved when you exceed a certain point barrier in one game. Time Bender can be achieved for stretching games. Master of Focus is an achievement for combo masters. The local and global leader boards show how your scores compete against your friends on Facebook, locally or against players from around the world.

The Magic Temple game app features well done graphics that are smooth, bright, and fluid. The sound effects are also good and the game features high tempo background music. Overall the Magic Temple is an interesting game that tests your reflects and matching speed.