Are you crazy about old-school flash shooting games like Galaxian, Galaga and Space Invaders? Here is a chance to relive those amazing space-shooting experiences with an app named Retaliate. The game takes you on an exciting space mission packed with fast paced action. The game tests different metrics such as concentration, precision and reaction time. 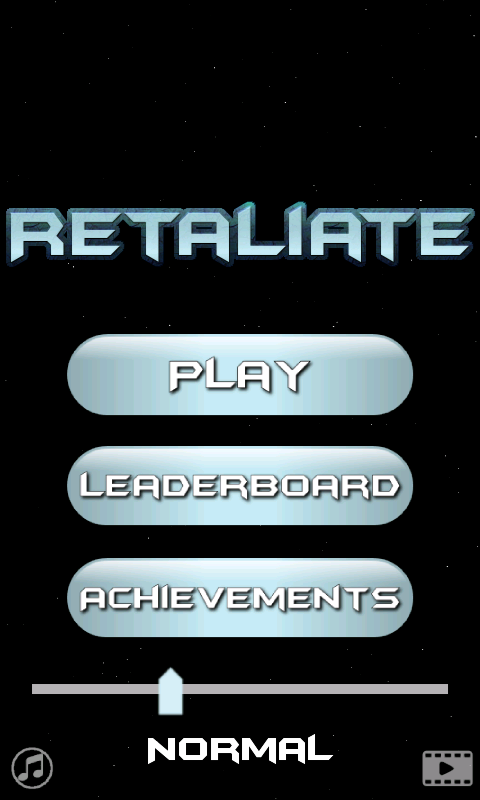 In Retaliate, you take the role of a space hero and need to put up a valiant fight against your enemies. The home screen displays the controls of the game to help you get started. When you start playing, you see your spaceship ready for an intense space battle. The next moment, you see a swarm of enemies attacking your spaceship. What you need to do is maneuver your spaceship away from your enemies while destroying their spaceships. You can dodge their attacks by tilting your device to the left or right to make the spaceship move. 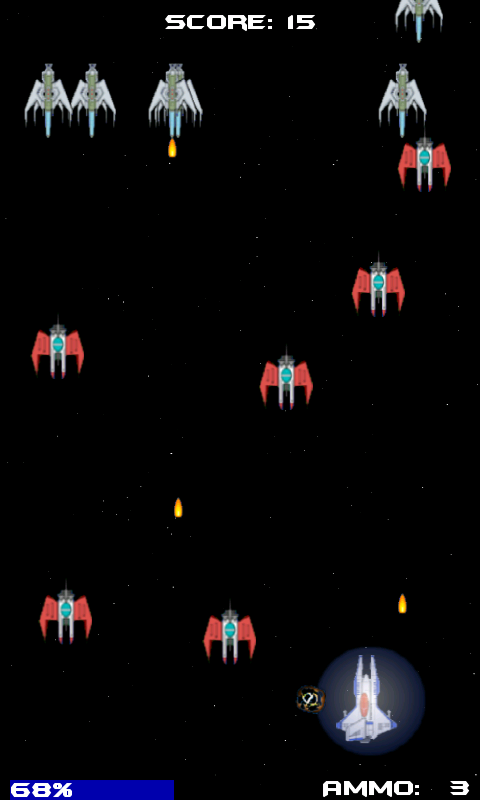 Your scores are calculated based on the number of enemy spaceships you destroy. Shooting them gets you 10 points and destroying them by using the energy shield gets you 5 points. The game’s background and layout have been modeled on classic space games, and the game’s controls are quite intuitive. The soundtracks remind you of arcade games of the ’80s. With the leaderboard option you can challenge your friends online and share the scores in your Google+ circles. In addition to this, the app has an option called “Achievements” to unlock the different rewards by earning more points.

What I missed in the app was an option to share scores via Facebook and Twitter. In the next version, developers can consider including special power-ups to get more ammunition. The game could also have multiple stages with varying levels of difficulty.

Retaliate is a perfect game to play during short day breaks.