They say numbers do not lie. It is without any doubt that ‘Stick Run’ is one of the most successful online games to date. With the number of Facebook frequent users coming to about 6 Million and over 40 Million likes, this game has taken the social network platform by storm! And now, what is considered to be the most successful runner in the world, ‘Stick Run Mobile’ is coming to an android device near you. In fact, it’s coming to your android device. 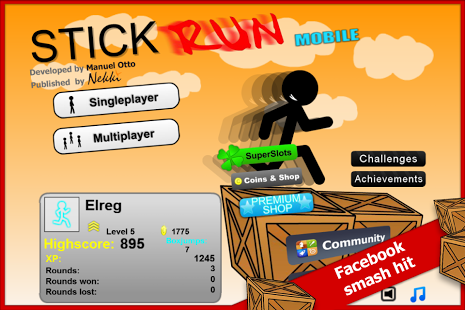 This game that was written by a 16 year old named Manuel Otto is coming to mobile gaming platforms thanks to a partnership between the creator and online gaming giant and specialist, Nekki to create an Android app, ‘Stick Run Mobile’

So what exactly is ‘Stick Run’?

This is a simple to learn game that challengers the player to run for as long and as far as they can through a virtual side walk that features randomly generated perils like, crates, saws, and other deadly obstacles. It is a very simple game to learn. It takes only a minute to do so, but it would take the player a lifetime of pure joy to master it. It is no wonder it is so popular on Facebook.

How does Stick Run work?

The gamers aim is to run through deadly obstacles for as far and as long as they can without getting killed. The side walk obstacles range from such simple perils like a single crate or an entire stack of them to deadly objects like glass panes, and randomly rotating saw blades. Should the gamer run headlong into any of these crates or blades then the game ends and they have to restart and try it all over again. You can unlock achievements when you meet a certain performance criteria. There is no doubt that ‘Stick Run Mobile’ will be the delight of many a mobile device user. 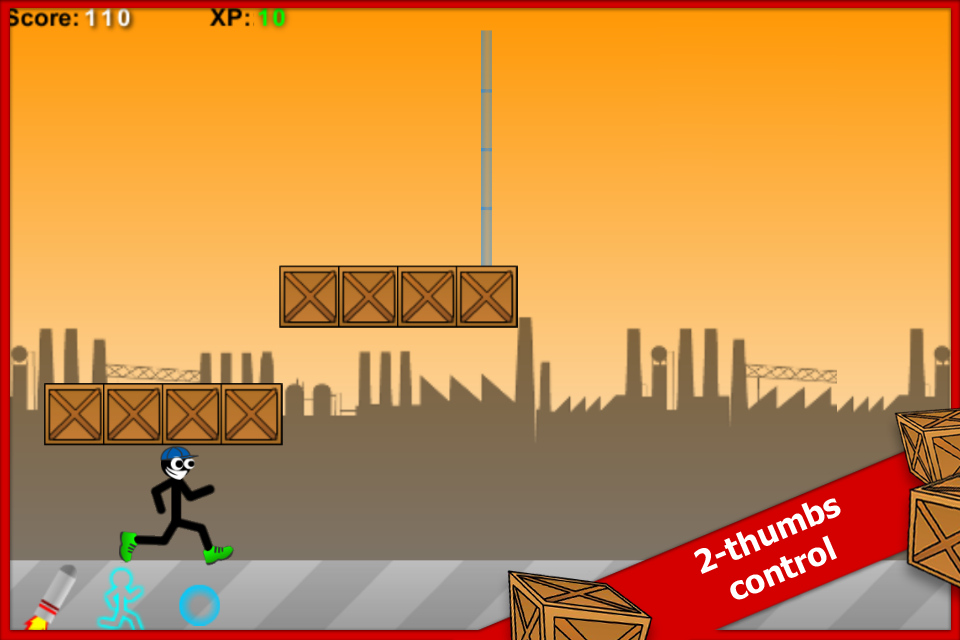 * This is an android app for the smash hit Facebook game, ‘Stick Run’.
* It has a new ‘2-thumbs control’ that is intuitive.
* You can collect in-game currency as well as random items.
* It has unparalleled power-up options.
* International leader-boards.
* You get dozens of highly challenging achievements.

One of the most outstanding features that the Android and iOS versions bring to the table is that besides the very entertaining single player mode, there us a multi-player race that pits three online-opponents with the opponents being from anywhere in the world.