Shoot em up games are always a classic arcade delight. They offer non-stop action that keeps the player on his toes and most offer waves of challenges that only gets harder the higher in the level you get. If these kinds of games are your favorite, then you certainly should consider checking out Space War; a game which pays tribute to retro shmup games.

It delivers the simple, no-nonsense features that you can expect from arcade games. When you launch the app for the first time, you are immediately taken through a tutorial on how you can control your spaceship as you travel and shoot asteroids and enemy aircraft and aliens throughout deep space. Getting your plane to the right position is fairly easy as you only need press your finger on the screen and slide it towards the direction you want it to go.

The shooting is automatic (a shmup trademark). This is why if you see an asteroid careening towards you, you only have to position your ship in such a way that it would be able to blast it away with the current weapon loadout that you have. 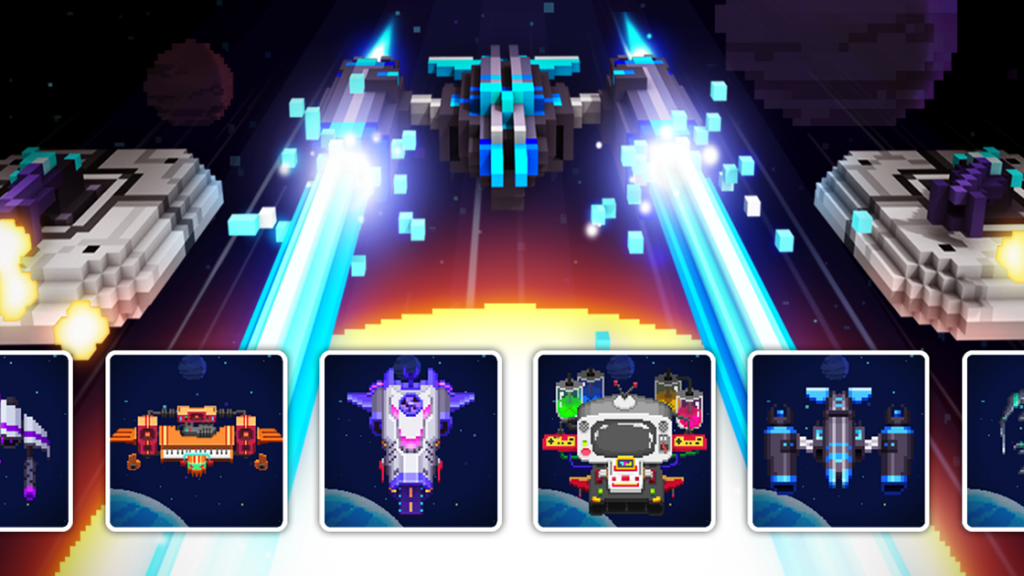 Speaking of weapons, Space War is wise to retain the ability to upgrade your ship with new weapons either through power-ups that your enemies drop once they are defeated or by purchasing them using coins (dropped by your enemies as well) in the in-game store.

These weapon modifications only allow you to take down your foes easier, and most, you will discover, are a real feast for the eyes especially if you like outlandish weapons that are able to decimate everything in your path in myriad ways unique only to space-war concepts.

Of course, shmup games are never complete without the equally diverse bosses that you can encounter at the final portion of each stage (there are up to 8 planets in the game that you can explore with numerous areas to conquer). What’s great about Space War is that it is able to introduce challenges that are startling and fresh, even for players who have been playing these kinds of games.

What’s certain is that these bosses will really test. In fact, the game is more than enthusiastic to highlight the plethora of bosses that it has with its singular boss-only mode where you get to face off immediately with the boss of every planet you’ve unlocked.

Graphics-wise, the game caters more towards this latest generation of players that are used to the 2D visuals common in today’s mobile games. But it is wholly original when compared to the current roster of shmup games you can download in the Play Store. However, this is not the only feature that is new in Space War if you are going to consider the game in its entirety, as proven by the game details expounded above.

DeProfundis – Battle Enemies to Free Your Country From Evil