Tap the Frog HD: Over 10 Mini-Games of Amphibious Delight

Very few games in the Play Store can ever really get various types of gamers hooked, to the point that they become extremely addicted to them. Tap the Frog HD, with its myriad collection of mini-games, could very well be one of those games, and a lot of its players would probably agree.

The first thing that is truly worth mentioning about the game is its graphics. While the free version of the game already has stellar visuals, its HD version only serves to highlight the said feature more. Each mini-game’s graphics is rendered masterfully and really fits the overall cartoonish vibe of the app. 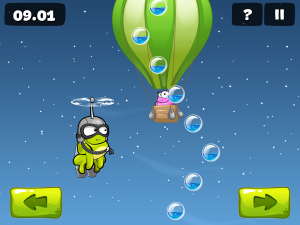 To say that the mini-games are “myriad” could prove to be an understatement because each game, as you progress and continue to unlock others, is guaranteed to be completely different from the one that came before. For instance, the first game is “Pop the Frog”, where players are supposed to “pop” each frog that appears on-screen as fast as possible before the timer expires. It is followed by “Jump the Frog”, in which players are tasked to jump or double jump over floating debris, while avoiding plunging into the water, to quickly get to the end of the level. It is this variety that serves to make the game difficult to put down. 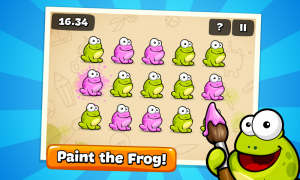 There are many Android games that have the similar feature of hosting multiple mini-games in a single platform. What makes Tap the Frog HD ultimately stand out is its very unique theme. Frogs have always had a universal appeal in video games (think Frogger). Tap the Frog HD capitalizes on this fascination and places these well-liked amphibians in various mini-game scenarios. The result is outstanding (and addicting), to say the least, and is really something that it could proudly call its own.

Tap the Frog HD is basically a sequel to the very popular game, Tap the Frog: Doodle, and should not be confused with the free version of the sequel, which is titled Tap the Frog. As to why its developers, Playmous, didn’t choose to better distinguish the two by adding “2” to the sequel, we’ll never really know for sure. What’s important is that Tap the Frog, both original and this sequel, has proven to be one of the most excellent game releases of the year and is definitely bound to appeal to any gamer, regardless of genre preference.