Tap the Tiles and Win the Game – Number Hunter

Over the past few days, a lot of interesting games have arrived at the Android Market, thanks to the holiday seasons. We had a chance to checkout a few. Over the next few days, we hope to introduce them. Let me start with an interesting app today. 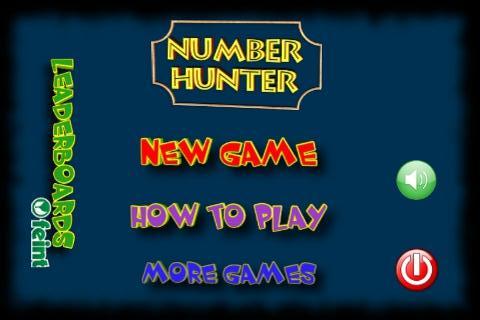 Number Hunter is a game that checks the reflexes of the players. The objective of the game is getting the high score within 90 seconds by tapping the right tile. After launching this game, users need to select a number and this number would be called as actual number. Then, the users need to find the number that is one more or one less than the actual number. Then, the taken number would become the actual number and the game would continue.

As I said, they will be given only 90 seconds and they need to act fast to get as many numbers as possible. If the user manages to take four number continuously on ascending or descending order, he would get 5 points more. If the selected number is 10, they could choose 1 as the next number and if it is 1 they can choose 10. This game has three board layouts for numbers – Pyramid, Tower and Castle. As this game has OpenFeint leaderboards, users can share their scores online.

The biggest problem with the Android Market is its openness. It could create a lot of confusions at times. It has already been creating one in the case of this app as another Number Hunter is available at the Android Market now. Let us hope Google would sort out these issues soon. Number Hunter is a free app that requires Android 2.2 or up. It is a game for everyone and it really deserves a try.