Game apps often have to meet a lot of our demands as gamers to deserve a coveted spot in our smartphones’ limited storage space. Of course, one of these is that they shouldn’t eat up a lot of the space. After all, no two smartphone is exactly alike, and there are low-end users out there that would want to get the most of out of their 2GB or less storage space. Indeed, part of the reason why many gamers love the games we’ve outlined below is because they are able to meet this very specific requirement – and more. 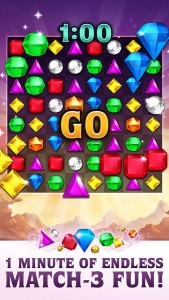 Care for a game of Bejeweled that’s always bound to give you an adrenaline rush? Bejeweled Blitz! is all about scoring big for as little time as possible. If you aren’t familiar with Bejeweled yet, the game actually involves matching gems of the same type.

That being said, you have to be extremely fast when doing your matches because of the time limit. The game also incorporates plenty of features that would leave you hooked for a long time like hunting rare, limited-time gems as well as a leader board where you can compete with other players around the world. 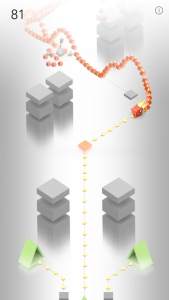 This game certainly deserves to be lauded for the twist it introduces to platform games. Brimming with minimalism as evidenced by its incorporation of standard geometric shapes as its obstacles, Sky complements this with its highly addicting gameplay, smooth animation, and unique characters and objects that you can control.

The game really stands out with its cloning aspect, though, for every time you enter a triangle, your character will be cloned. This gives you a higher score but could prove to really challenge your concentration and reflexes. What’s certain is that you’ll need to exercise both to get far in this bonafide thriller of a game that will keep you on the edge of your seat.

It wouldn’t take long for fans of linear shooting games to love and get hooked to an action game that is as raw and packed of surprises as Snail Battles. The game pits you against hordes of monsters while you control a band of heroes as they ride their giant snail into battle. Experiment with loads of different weapons and shields to take down wyrms and dragons. 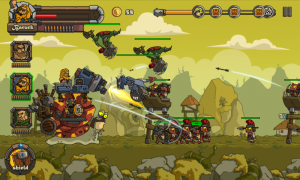 With its eye-candy graphics and non-stop action, Snail Battles is something that you won’t get tired of playing for hundreds of hours. What’s good is that the game has a lot of levels for you to complete. What are you waiting for? Start grabbing that laser gun and blast those baddies to oblivion!

Fans of the sci-fi TV show should certainly check this gem of an app out. You’ve been sent on a mission by Professor Farnsworth to match as many drones as you can. Game of Drones is more than just a matching game, though, for it actually allows you to travel through numerous worlds where the challenges you encounter are as unique as their respective topographies.

Match a minimum of 4 drones to score and beat every level. Along the way, you will encounter different characters from Futurama you can unlock. There are also numerous superpowers and secrets for you to discover, making this matching game feel like a real journey through the world of this classic series.

Who doesn’t like taking the role of a badass assassin that can take down enemies with a single blow? In Devil Ninja 2 you get to do just that as you are pitted against malevolent beings of Devildom. Run and hack and slash your way against throngs of monsters and gather power-ups and stronger weapons along the way. Perform awesome ninja techniques to bring easily bring down bosses and kill the King of this dastardly himself.

While its graphics may be a bit outdated, Devil Ninja 2 still manages to get players hooked into its fast- paced action. Even from the outset, the player is immediately immersed into its hellish world of endless monsters to be vanquished. 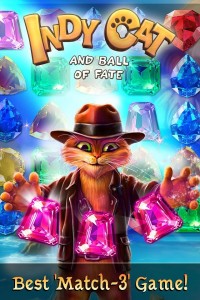 Indiana Jones as a cat? That’s the premise Indy Cat Match 3 takes off from, and you’ll find soon enough that that’s all that you need to create a puzzle-matching game with rich worlds to explore and fresh challenges to conquer ala the famed fictional archaeologist/adventurer himself.

Just how many levels? Over a 1,000 levels set in various worlds that really stretch your imagination. Since the game is a match-3 puzzle, expect to play though a plethora of levels where you have to match different kinds of gems of various colors and unlock power-ups and bonuses to score high and get a perfect 3 score.

Another long-time game in the Play Store that’s surely worth a space in your smartphone for its no- nonsense approach to bringing pure motor racing entertainment to gamers. SpeedMoto, much like other runner games, require you to tilt and swap your phone in various directions to control the rider. Along the way, you should gather as much coins as you can to increase your score.

Part of what makes the app such a classic is that you won’t get tired of it even if you end up crashing every now and then. There are also myriad terrains that you’ll be subjected to as you get farther into the game, bringing with them fresh challenges and obstacles in the form of other vehicles. As a leisure game that would help you pass the time, SpeedMoto is bound to always score a 10/10.

Who would have thought that there were already amusement parks back in the Stone Age? Well, as a pioneer of the first amusement park in prehistory, will you be able to move rocks and stones and carve them into the very first pillars of entertainment for early man? Prehistoric Park Builder readily stands out with this obvious originality in theme. 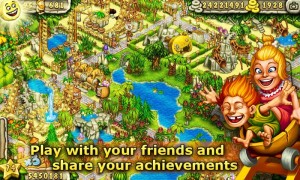 It really brings to life a long-lost era when men still walked with mammoths and dinosaurs are not yet a far-off memory. Everything Stone Age can be found in this park builder, and the more you build, the more it unfurls its inimitable attractiveness and rawness to you. If you’re into simulator games, you’ll definitely be wowed by Prehistoric Park Builder.

Boom, headshot! Any great shooter knows that there is no other feeling as gratifying as taking down your enemies from afar with such accuracy and stealth, as you down our enemy with a well-timed bullet to the head. In Modern Sniper, you get to be the one behind the scopes as, like the Angel of Death, you reap your enemies down like wheat with a single stroke of your scythe. 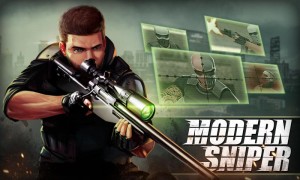 Your arsenals of demise are as myriad as their respective skill and power when it comes to downing your opponents. The game puts you on up to 50 missions in different locations that will truly test not only your skills as a marksman but also your quick thinking. 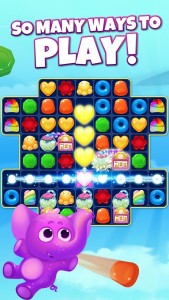 A potent successor to the classic game that is Candy Crush, Jellipop Match is the epitome of the matching game that a lot of people want. Its direct and arcade-like simplicity makes sure that you won’t get bored of it for long, long time. That’s not the only aspect that makes the game such a persistent draw, though, for it does have highly original concepts (like boosters that could clear the board with explosions of sweetness and bursts of sugar rush).

Indeed, this game is built for continuity its developers are still actively adding new challenges to it on a monthly basis. It’s also very generous with its daily rewards. If there’s an ultimate time-passer game that never fails to entertain, this is definitely it. The more than 700,000 5-star ratings it has received on the Play Store would suffice as proof of this.

These games are easy for anyone to get hooked to and really provide endless hours of entertainment for a long time without taking up too much of your phone’s precious storage space. These are the qualities of most games that have since entered the ranks of classics. It wouldn’t at all be a surprise if some of the games in this list would become classics in the near future.