Help the Queenie Get Her Magic Stars in Walkabout

Walkabout is a game which says it all in its very name. Queenie is a little girl who goes walking about the app collecting magic stars that are scattered all through the kingdom. Your job is to make her get through 64 levels of the game by collecting stars and keys that help you open up 8 bonus levels of the game. Be careful with every step that you take to avoid getting Queenie into trouble. 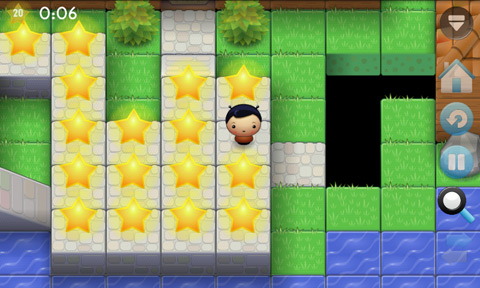 rel=“nofollow”>
Think of Queenie as ‘Little Bo Peep’ who goes out in search of her sheep. But over here it’s Queenie who has lost her magic stars that help her run her kingdom and she’s out picking them up. So be a good lad or lady and help her out.

The app has 64 levels with 8 bonus levels, that which I have already told you about, with level achievements that help you extend game play. The app comes with full tablet support with high resolution graphics and no scaling. The app developer was generous enough to include support for lower resolution devices as well. Besides this, the added advantages are touch controls, with no ads and they even promise more levels in the future. So what are you waiting for? Let’s head for the app store to download Walkabout.