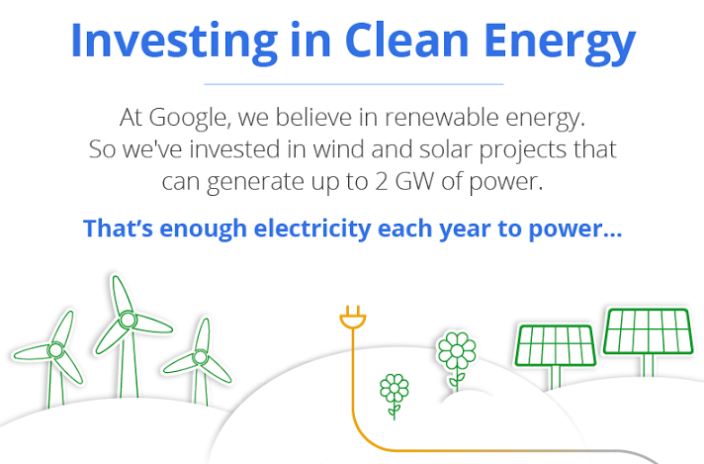 Google announced that it has made a $200 million equity investment in west Texas wind farm that can power 60,000 U.S homes. Google has made 10 other renewable energy investments since 2010 and the Spinning Spur Wind Project will join them.

According to Google’s Official Blog:

Spinning Spur Wind Project is located in Oldham County, a wide open, windy section of the Texas Panhandle located about 35 miles from Amarillo. The 161 megawatt facility was built by renewable energy developer EDF Renewable Energy, a veteran in the industry that has overseen more than 50 other clean energy projects. Spinning Spur’s 70 2.3 MW Siemens turbines started spinning full time just before the end of the year, and the energy they create has been contracted to SPS, a utility that primarily serves Texas and New Mexico.