Motorola has announced that it will launch its Android-powered smartphones at the end of this month. ‘Motorola Motoluxe’ will be available in Germany and UK while ‘Motorola Defy Mini’ will be introduced in Germany. 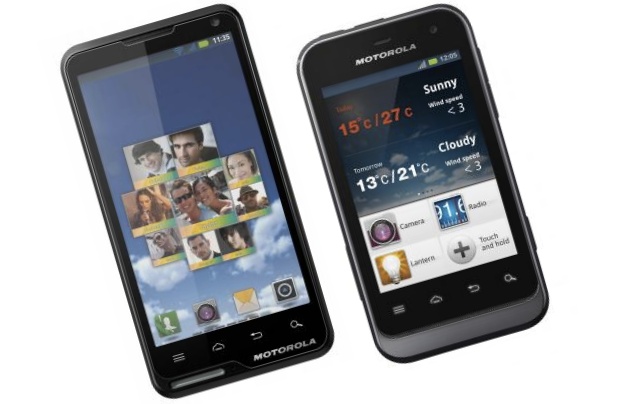 Motorola Motoluxe is powered by Android 2.3.7 Gingerbread and sports a 4 inch touch screen display. It has an 8 megapixel autofocus camera with LED flash. It is blue-tooth enabled and features GPS technology. It has access to the Android market for apps. It also consists of Motorola’s Music Now and Smart Gallery option to display pictures as collections.

Marcus Frost, senior marketing director for Europe said, “By combining sleek style with Android brains, Motoluxe is ideal for people who want the latest technology in a sophisticated package. Not only does this smartphone have a big screen and the latest, greatest entertainment tools, it’s affordable and won’t take a bite out of your budget.”

Motorola’s Android powered Defy Mini smartphone comes with a dust-proof, water-resistant and scratch-resistant 3.2 inch touch screen display. It has a 3 megapixel camera. Video chat is easy with its front-facing VGA camera. This phone is preloaded with social networking apps. Access to the Android market is also possible.